TransGriot Note: This was the second of a three part series published in the Dartmouth school paper about the experiences of transgender students on campus.

Transgenders try to navigate Greek system
from The Dartmouth
by Amanda Cohen
May 3, 2007

In an effort that is exceptional among most fraternities and sororities, Epsilon Kappa Theta sorority forced its membership to examine the definition of “woman” in offering membership to Sasha Bright ‘09, a biologically male transgender student.

Dartmouth’s Greek system, to which over 60 percent of eligible students belong, presents another angle through which students are prompted to consider the implications of gender. Twenty-four of the 27 recognized Greek organizations on campus determine membership eligibility based on gender.

“The Greek system definitely reinforces a strong gender binary on this campus. That makes things very difficult,” said Kris Gebhard ‘09, who is transitioning from female to male. “I have, sort of, by staying out of it, avoided some personal frustration.”

Gebhard said he was not interested in joining a sorority, but is skeptical of the kind of masculinity promoted by the fraternities.

“I think there would definitely be a hierarchy of masculinity [within a fraternity], and I would be toward the bottom of it, if not at the bottom,” Gebhard said.

Unlike Gebhard, Bright said she wishes she were able to join an organization based on the gender she presents.

“I’ve considered [rushing], but the only houses I’d be open to are mainly the coeds. I’d like to join a sorority,” Bright said. “If I hadn’t been born a boy, I would have joined.” 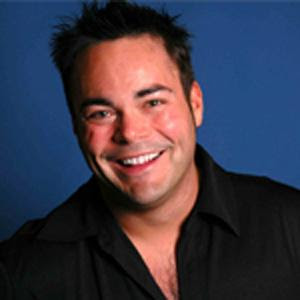 According to Shane Windmeyer, coordinator of Lambda 10, a national clearinghouse that heightens awareness of gay, lesbian, bisexual and transgender issues in fraternities and sororities, there is typically little knowledge and great misunderstanding about trans-identification within the Greek organizations.

“I would say today that the transgender student is largely left out, if not invisible, from the frat or sorority experience when it comes to traditionally fraternities or sororities,” he said.

Windmeyer added that Greek organizations tend not to take the initiative in tackling these issues.

“Sadly, fraternities and sororities, the way they deal with issues is that they react to problems,” he said. “So if you want a fraternity or sorority to deal with an issue, you have to wait for a problem to land in their face.” 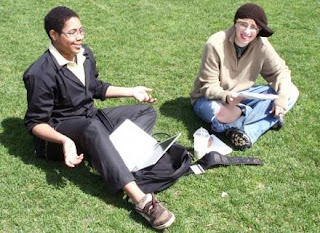 According to Megan Johnson, assistant director of Coed, Fraternity and Sorority Administration, CFS does not currently plan to address how a transgender student fits into single-gender Greek organizations unless Greek community members specifically ask to address this issue.

“Because it’s not something that’s on our radar, it is not an area that our office is focusing on,” she said. “And I’m not saying that that’s right either, but there hasn’t been enough energy or conversation generated for us to say that we really need to pay attention to this.”

Johnson recognized that if the intersection of transgender students and Greek houses is not addressed, these students may hesitate to seek membership in a gender-exclusive organization for fear of being rejected based on biological sex. Local organizations, she noted, do have the power to address the question.

“I don’t know what the motivation for a group to take the first risk would be unless they spent some time thinking and dialoguing about it,” Johnson said.

At Theta, the issue was discussed when one of Bright’s friends, a member of the sorority, brought the possibility of offering Bright a bid to the attention for the other members. Theta hosted a discussion for interested members to explain transgender identification and answer any questions.

Danielle Strollo ‘07, a member of Theta, said that most of the members seemed supportive of allowing a transgender student in the house.

“We felt at the house that we could be ready for that. It was a really good discussion,” Strollo said. “Some people that we felt [may be] more inclined to have problems with somebody who was transgender or gay — those people didn’t come to the discussion.”

In determining who is eligible to join a single-sex organization, Windmeyer said, fraternities and sororities should also consider what happens if a current member comes out as transgender, or if an alum transitions after graduating.

Joanne Herman ‘75, a member of Sigma Phi Epsilon fraternity, transitioned almost 30 years after graduating. After receiving a request from Sig Ep to update her contact information, Herman — who as an undergraduate went by Jeff — wrote a letter explaining her transition and gave them the option of taking her off their list if they wished. Herman said she has not received any mail from them since.

The assumptions about sex and gender within the Greek system extend beyond questions of memberships and into behavior within houses’ social spaces.

Bright, Gebhard and Tiger Rahman ‘09, who is transitioning from female to male, agreed that they feel the most comfortable in coed organizations. Rahman, who plans to begin hormone therapy, noted that the pressure to drink in all Greek social spaces can be difficult for someone taking hormones. Testosterone, a part of such therapy, can affect the liver.

Bright said that since she has begun transitioning, she has perceived a shift in how she is treated in fraternities.

“People, they will not respect your personal space,” Bright said. “Some guys will brush up really close, way closer than I like.”

For Bright, who has not yet begun hormone-therapy but presents as a girl, said that she worries when she gets too close to someone that they will notice the stubble on her face.

“Usually this whole campus is about hookups anyway,” said Bright, who said she is sexually attracted to men. “I have had guys who wanted to hook up with me, but I’ll turn them down. I don’t explain it.”
Posted by Monica Roberts at 3:38 PM