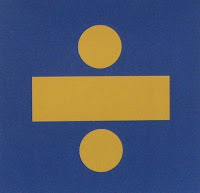 TransGriot Note: Seems like the TransGriot isn't the only person who thinks that the HRC survey that came out in the middle of the ENDA debate is shady and bogus.

The survey's results, circulated last month by HRC when many gays were locked in heated debate over the measure's lack of transgender protections, show most people who responded support the bill as written.

But John Stahura, who specializes in survey research and directs the Purdue University Social Research Institute, said the survey's methodology is problematic.

"They're playing games," he said after reviewing survey excerpts at the Blade's request. "It doesn't make sense." 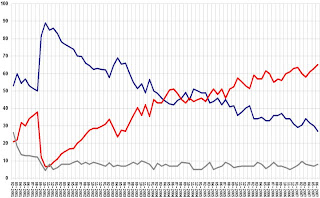 Conducted for HRC by Knowledge Networks, the survey shows most respondents believe national gay groups should support ENDA despite its lack of protections for transgender workers "because it helps gay, lesbian and bisexual workers and is a step toward transgender employment rights."

According to survey excerpts, about 68 percent of respondents chose that scripted statement among three offered lines to best represent their "point of view."

About 3 percent of respondents refused to answer the question. The survey offered no margin of error.

Stahura said he "never would" structure a survey to include such explanatory clauses "because what you're asking people to evaluate is the because."

"I don't know why they didn't go with a straightforward, 'Here's the act. Should we support it, should we oppose it, or should we take a neutral stance?'" he said.

"With complicated proposals such as this, if you don't link opposition to a reason, you might get people opposing for a variety of reasons," he said. "We chose this method because we wanted to know specifically if people supported or opposed ENDA because of the transgender exclusion."

The survey, conducted Oct. 2-5, polled a roster of people who are gay, lesbian or bisexual, and were previously located by Knowledge Networks through random-digit- dialing methodology.

Among the survey's 514 respondents, 246 are male, 262 are female, five are female-to-male transgender and one is male-to-female transgender. Survey excerpts provided to the Blade by HRC did not disclose the sexual orientation breakdown among the respondents.

Luna said HRC is confident in the work that Knowledge Networks performs.

"While all surveys have limitations, Knowledge Networks surveys are very high in quality," he said. "They have a stellar reputation, and I have full confidence in their work."

But experts said the survey could have been done better, and the excerpts released earlier this month by HRC left some questions unanswered.

"I don't know based upon this response that you could say how the community — the gay, lesbian, bisexual community — feels about the legislation, " Stahura said. "I don't think those questions give you that answer."

Christopher Barron, a Washington political consultant Log Cabin's former political director, who is gay and does survey interpretation, agreed. He said the methodology, which he described as "bizarre," might not allow the results to be projected nationally.

"It may be that it's completely and totally sound," he said. "But there's nothing there that tells us that it is, so you can't assume it's a nationally representative sample."

Luna told the Blade this week that the survey is nationally representative.

Barron and Stahura, who reviewed a two-page memorandum and three data sets prepared by Knowledge Networks and provided to the Blade, also noted they could not determine whether the survey is scientific. Both experts said that lingering question would preclude them from using the survey's findings in their work.

"I would not approve it for publication, " Stahura said. "I think with the 'becauses,' you're really pushing people toward particular responses in this instance."

Luna disagreed. He said there was "never any intent to influence survey respondents. "

"We wanted to gain an understanding as best we could of where people were on the issue," he said. "A number of voices were claiming to speak for the LGBT population, but no one in fact had done the research to know."

Joshua Lynsen can be reached at jlynsen@washblade.com
Posted by Monica Roberts at 5:29 PM

I hate to ask this, but I've been unable to find it: Do you have a link to information about the poll that showed more support for trans rights than GLB rights from a single state? The one HRC took and then tried to bury?

OK, How do you explain this Hunter College poll, conducted by the same group (Knowledge Networks), also funded by HRC, which showed that, "when asked about the proposed federal law making it illegal to discriminate against lesbians, gays, and bisexuals in employment, LGBs (by a margin of 60 to 37 percent) said that those seeking to pass the law were wrong to remove protections for transgendered people in order to get the votes necessary for passage in Congress."

Claude,
You'll note in this Hunter College survey your brought up, the margin of error was posted. The Hunter College Poll also has a LARGER sample of 768 respondents.

The HRC ENDA poll not only has a SMALLER sample, the margin of error wasn't posted.

In addition, the timing of the ENDA survey, when public opinion clearly was on the side of the transgender community in NOT stripping us from ENDA was suspect and the questions were designed to produce a particular result.

I don't put anything past HRC, they are an amoral organization that's all about doing what's right for white gay males and screw 'errbody' else.

Lisa,
Have to call some friends in NC for that info.

Claude, thank you for posting that link.

Monica, thank you. If it's not easy to get, that's fine. Someone else asked me, and while I could find talk about the poll, the poll itself was, well, buried.

I hate asking other people for stuff like this, because google usually dances to my whim.