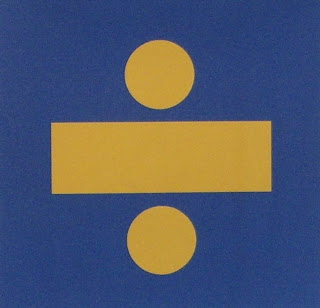 Last week, for the first time in history, a house of Congress voted to approve a gay rights measure. Oddly, nobody on our side is walking away from the field of political battle feeling all that energized.

Barney Frank, the chief sponsor of the Employment Non-Discrimination Act and one of only five out gay or lesbian Americans to have ever served in Congress, felt compelled to call a press conference a month ago to rally his fellow Democrats against portions of the LGBT community.

The Human Rights Campaign has been pilloried by many in the community for what critics say were duplicity and compromised insiderism. It will take political vapital for HRC to mend fences with transgender rights groups and other leading LGBT organizations, who for their part feel aggrieved that a longstanding game plan was abandoned, but only at the last minute, by HRC and a Democratic leadership, both of whom failed to level with them.

And if HRC's poll is correct that two thirds of the community agreed with the compromise it made, then many gay and lesbian Americans, if not transgenders, are likely confused about what the shouting over the past seven weeks was all about.

A few parting shots are in order.

In February, Frank and Tammy Baldwin, an out lesbian Wisconsin Democrat, introduced ENDA with protections against employment discrimination based on sexual orientation and gender identity. As early as last November, right after the Democrats gained control of Congress, HRC's Joe Solmonese told Gay City News he was "absolutely" confident the measure would be taken up by both the House and the Senate. Since 2004, HRC's board had a policy that ENDA be fully inclusive, so that statement of absolute confidence meant something very specific.

As late as September 14 of this year, Solmonese was still confident, pledging, at a gathering of transgender activists, to "oppose" anything that did not protect gender identity.

But surely Solmonese knew that Frank, for one, was less than absolute in his posture. After last year's elections, asked whether he yet had any notion of an ENDA tally, Frank told Gay City News, "What would be the point of a count?" as he emphasized that the House had never looked at a trans-inclusive version of the bill before and it was too early to speculate.

Some have claimed in recent weeks that Frank, in fact, is transphobic, which I believe is unfair, but I do think it's reasonable to observe that he has at times demonstrated difficulty in artfully discussing the gender identity issue, a charge that on almost any other matter cannot be leveled at him. In 2004, as HRC weighed adopting its pro-trans policy on ENDA, Frank told this newspaper, "There are people who are transgendered who have not had the physical change. If you're talking about workplaces with gyms, it's just not practical." On other occasions, he shorthanded the issue by mentioning the "group showers issue."

This is not a useful starting point in educating the American public or wavering members of Congress about the realities of life as a transgendered person - and about their crying need for anti-discrimination protections. Surely, HRC was aware of Frank's limitations on this score.

If HRC had the commitment it said it did to transgender inclusion, it was incumbent on the group in February - not in September, but six months earlier - to make clear to Frank that gender identity was non-negotiable in moving ENDA forward. Solmonese has argued convincingly that HRC could not oppose a gay rights bill that the Democratic leadership took to the House floor. Fair enough. But the House leadership would never have dreamed of taking the ENDA it passed to the floor had a bottom line been established upfront.

Related to the problem of what apparently was left unsaid in February is what clearly went undone since then. Frank and the Democratic leadership have explained that the shortfall on votes for a trans-inclusive ENDA only became clear when the "whip count" was done in late September. Members of Congress ask each other for their final calls on a vote only as floor consideration approaches.

But what about HRC? The fully inclusive version of ENDA had 171 co-sponsors, out of 218 needed for passage. Presumably the 171 were solid - that is, even if opponents tried an amendment to force an up-or-down vote on the gender identity language alone, the co-sponsors would hold tight. It was the backbone of the 47 members who would have to be added to gain a House majority that everyone worried about in the event of mischief by those looking to kill ENDA.

But for a lobbying group as large as HRC, gauging the views of 47 or 50 or even 70 members of Congress shouldn't be out of its grip. How is it that on September 14, when Solmonese appeared before transgender activists and pledged his fidelity, he was unaware that the effort for a trans-inclusive measure was falling short by dozens and dozens of votes?

By contrast, in the 11 months from the time the New York high court ruled against the right to marriage for same-sex couples to when the State Assembly passed Governor Eliot Spitzer's marriage equality bill this past June, the Empire State Pride Agenda kept a running tally of those supporting the measure, updated continually and posted on its website. To be sure, its vote-counting led to tensions with Assembly Democrats leading the charge, but ESPA remained committed to knowing the score itself.

It is fair to ask why HRC did not have the same command of the ENDA count.

But is also appropriate to pose challenges both to those organizations who
stood against HRC on its ENDA strategy and to the community as a whole.

During the second week of October, as advocates for a fully-inclusive ENDA scrambled to salvage that approach to the bill, Matt Foreman of the National Gay and Lesbian Task Force told Gay City News that his group and its allies were targeting roughly 65 House members considered key to turning the issue around - that is, mostly ones thought to be in need of shoring up on gender identity. He said that out of between 25 and 30 with whom they had already had substantive conversations, support for opposing anything but a trans-inclusive bill was running five to one.

But on November 7, only seven members of the House voted against ENDA because it lacked transgender protections. Asked to explain that, Mara Keisling of the National Center for Transgender Equality, which worked closely with the Task Force, said that was due to HRC's last-minute announcement that it was supporting Frank's version of ENDA and intended to penalize principled dissenters on its legislative scorecard.

That last day of HRC lobbying and a scorecard threat did not produce such a political sea change. The die was cast in late September when Frank felt comfortable telling the world he was moving forward the way he saw fit. For that, HRC alone is not responsible. The entire community failed.

We have simply not made the case for protecting transgendered Americans or for the corollary - that without gender identity and expression language, effeminate gay men and butch lesbians are also at risk.

Maybe at heart, that's because we are not yet convinced of it ourselves.
Look at the HRC poll; even if it's not a perfect measure-and the group could have done a heck of a lot better sales job when rolling it out - surely it gets it largely right. Challenging gender norms threatens many Americans.
It's a shame that it also threatens so many gay and lesbian Americans.