Sometimes I reflect on one of those parental decisions that may have taken my life in another direction. A while back my dad told me about a job offer he'd gotten in the 70's from a New York radio station that he seriously thought about taking. For peeps in the radio world, while my dad's AM drive time show in H-town wasn't exactly bush league, working in a major market such as New York is a big deal. 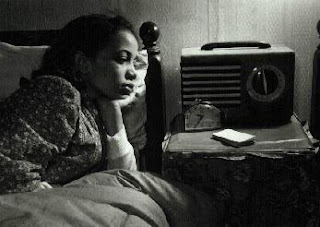 It had gotten to the point in my parents decision making process that they were researching the cost of homes in Brooklyn and other areas of New York. Mom was making inquiries about what the New York State requirements were for continuing her teaching career there. Dad, like myself is a native Texan and native Houstonian, and he thought long and hard about the pros and cons of it before he said no.

There are times when I watch Paris Is Burning and play the 'what if' game. I start thinking about how different my life would have been if Dad had said yes to that job offer.

I probably would have been spending my teen years in Brooklyn or somewhere in the New York metro area. I could see myself hanging out on the Chelsea Piers in Greenwich Village, just like I hung out in Montrose after my high school graduation. I can see myself being drawn to and probably getting involved in the ballroom scene instead of reading about Carmen Xtravaganza in a mid 80's Village Voice article on a Houston bookstore.

Then again, just as I wonder from time to time what my life would have been like if I'd been born female, all this is doing is exercising my brain cells. A lot of what makes me the Phenomenal Transwoman I am was shaped by the fact I grew up in Texas. Taking me out of Texas in my teens alters some of the life experiences that form my worldview and how I look at the world.

Being in New York for the emergence of hip-hop and house may slightly alter my music tastes, but I don't get to experience the denial of my voting rights in 1984 that fuels my passion as an activist. I trade seeing Kirk Whalum live in Houston jazz clubs and trips to New Orleans for the pleasure of seeing Phyllis Hyman perform live in the Village. I don't get as much face time with my grandmothers and my godmother who are important to the development of my love for Black history, my spirituality and political views. But that negative development is offset by the Schomburg Institute being a subway train ride away for me. 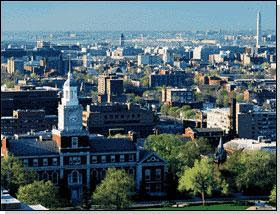 When I was trying to decide in my senior year where to attend college, Howard was one of my final two schools but I opted to stay home and attend UH. I probably end up at Howard since I'm now a five hour drive down I-95 or an Amtrak train ride from that campus instead of halfway across the country. And probably because I'm in Washington on a premier HBCU campus I get more immersed in politics and have opportunities to work as a congressional aide.

So yeah, sometimes I think about those interesting permutations my life could have taken, but the end result is that I most likely would have still ended up being the TransGriot and blogging about my life experiences as a proud transwoman.

They just would have been from a New York perspective instead of a Texas one. ;)
Posted by Monica Roberts at 11:25 PM

I got the chance to travel while in the service and a few years afterwards. Getting away from the New York scene broadened my horizons and opened up my thinking from other people's point of view.

I'm still a New Yorker (live in Brooklyn) but I wonder what it is to be trans in Houston, Los Angeles, Paris or South Africa. I love listening to other perectives because it shows me that we are brothers and sisters no matter where we come from.

Genny,
One of the things about being an activsit on a national level is that if you want to be a good one, you have to take the regional differences into account.

But one thing that unites transpeople, no matter where we're from is that we deserved to be recognized and appreciated as fellow human beings.