The Day I Permanently Became A Democrat 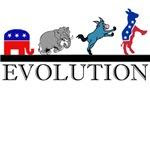 Today is Election Day, and I've already gone to my friendly neighborhood precinct to cast my ballots. Thank God we are less than a year away from November 4, 2008. The state house and senate seats come up for election, Sen. Mitch McConnell (R-KY) has to face the voters, the US House election with John Yarmuth (D-KY) versus a yet to be named Republican and of course the presidential one.

I can hardly wait.

In Kentucky we are heading to the polls to elect a new governor, secretary of state (very important office. Just ask Katharine Harris, Ken Blackwell and the Bush administration), state auditor, state agriculture commissioner, state treasurer and state attorney general (another important office). In Jefferson County we have a judicial race on the ballot as well. 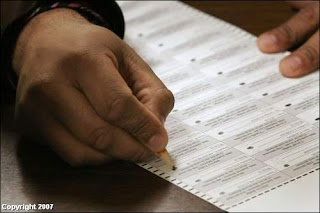 It's just a single page ballot for us in this election. In Jefferson County we use a Scantron-like form in which you bubble in the candidate you wish to vote for with a pencil, then once you're done you take it over to the collection machine, insert it and it counts your vote. In case of a recount, the entire sheet is available for the recount.

You TransGriot readers may have noticed that I am an unabashed Democrat and can't stand the ground the Republicans walk on.

I don't believe in 'vote the person, not the party.' The way I look at it, the party you choose to support tells me a lot about you and your character. As for independents, nobody is exactly 50/50 politically. Even as a Democrat I like balanced budgets, a strong defense and believe in the death penalty.

Let's be real, there are some sick and twisted Manson wannabees out there that deserve lethal injection. My point is that if you sentence someone to the death penalty, the trial needs to be scrupulously fair, there needs to be no doubt in the jury's minds that the accused committed the crime and there must be overwhelming evidence that the person being accused of the crime committed it.

But back to the post. I can tell you the exact date I became a committed Democrat. It was exactly 23 years ago today on November 6, 1984. 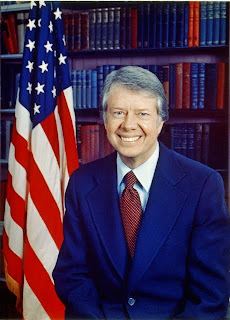 I've always been as a history buff a politically aware person. One of my dreams is to eventually run for public office. The first election I got to participate in after I turned 18 was the 1980 presidential one between Jimmy Carter and Ronald Reagan.

Some of the things I said in my idealistic youth phase were "My vote wasn't going to belong to any party." "I'm going to be an independent and choose the best candidate regardless of party."

The problem was that one party was about to become more radical. In 1984 in what is called in Texas political lore 'The Dallas Massacre', at their party convention held in Dallas, the far right took over the Texas Republican Party by kicking all the liberal to moderate Republicans out of party leadership positions. One of the people involved in that exercise was a then little known state legislator named Tom DeLay. The GOP then began using Texas as a laboratory to field test their new tactics that they would use to seize power elsewhere.

One of those tactics was suppression of African-American voters. African-Americans are SOCIALLY conservative but POLITICALLY liberal. Thanks to the 'Southern Strategy' initiated by Nixon in which the Dixiecrats began switching to the GOP after the 1964 election, they were becoming more anti-civil rights and more racist. That caused more African-Americans to vote and join the Democratic party.

The Reagan administration taking power made me reassess my "I'm gonna be an independent" stance. I was not happy with Reagan administration policies. I was still pissed off about the 1980 campaign that Reagan kicked off in Philadelphia, MS. I was even more angered over the 'I believe in state's rights' speech that he made to kick off that campaign. In 1982 I stood in a long line outside the community center in a driving rainstorm in order to cast my vote in my first Texas governor's race. When Jesse Jackson made his first run for president in 1984 I became a Jackson delegate.

Two weeks before the 1984 election the Harris County GOP announced they were 'concerned' about reports of 'voting irregularities' occurring in precincts that voted more than 90% Democratic. They announced plans to put poll watchers in these precincts to monitor them. The precincts they chose were predominately African-American and Latino. My home precinct at Crestmont Park was on the GOP target list for a poll watcher since we'd voted 94% in favor of Carter in 1980 and 94% for Mark White in the 1982 governor's race. 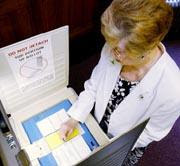 One of the popular shirts in the anti-Reagan crowd was a takeoff of the Ghostbusters movie logo that had Reagan's face crossed out with the words 'No Bonzos' on it, a reference to the movie Bedtime For Bonzo Reagan had starred in. I had one and was planning to cast my ballot on election day while wearing that shirt. I knew it was legal because it didn't have Reagan's name on it nor was it advocating for Walter Mondale.

So I bounced up to Crestmont Park and the community center, showed my precinct judge my voter registration card and picked up my punch card ballot in preparation to vote. There was a white male standing there, who was the GOP poll watcher. My then state rep Ron Wilson (this was before he turned to the Dark Side of the political force and started cozying up to the GOP) was there observing him.

Then it happened. I had to wait a few minutes for a punch card station to open up and while I was doing so the poll watcher made his move to deny me my right to vote on the grounds I was wearing 'campaign material in a polling place'. 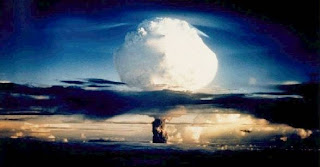 When the precinct judge said I couldn't vote, I went nuclear. I pointed out that neither Mondale's name or Reagan's was on this shirt, I bought it at a local t-shirt shop and the money went to the t-shirt shop owner, not the Mondale campaign, which invalidated his BS claim it was campaign material. When she said I either had to take it off or I couldn't vote I stormed out of the community center. 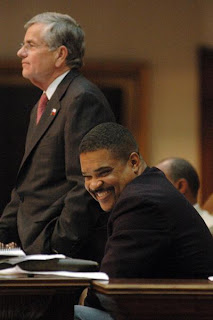 Rep. Wilson caught me just as I was about to climb into my car. He reminded me of what it cost our people so that I would have the right to cast that ballot. He also pointed out that if I went home, then the GOP was accomplishing their mission of suppressing our votes.

After I calmed down, I walked back into the rec center with Rep. Wilson, and he and the precinct judge came up with a solution acceptable to me and the poll watcher. He lent me his Member's Only jacket to cover up the shirt, I again picked up my ballot, marked a straight Democratic ticket, dropped the folded ballot in the collection can and flipped the GOP poll watcher the finger after I deposited it. I also told him before I left, "Tell your bosses that your actions today just turned an independent voter into a Democratic voter for life."

So I felt the pain of Floridians in 2000 and the peeps in Ohio in 2004 because I have firsthand experience with GOP vote suppression tactics.

It's a major reason among others why I'm a Democrat to this day.