Gwen Smith and the TDOR Story

Remembering The Past, Not Repeating It
Gwen Smith talks about Transgender Day of Remembrance

Smith is the founder of Transgender Day of Remembrance, a day that is observed worldwide in nearly 100 different locations to remember the large number of transgender people who are murdered every year as a result of anti-trans bias. 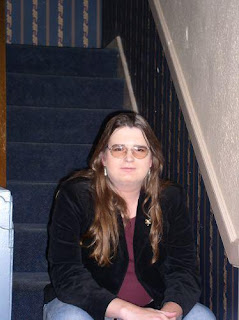 In 1993 Smith was an anonymous woman in an AOL chat room looking to discuss transgender issues with other people. Unfortunately, AOL's terms of service considered transgender issues to be vulgar, and shut down the various chats Smith and her acquaintances were having even though the chats were not explicit or obscene. "They were primarily people just looking for advice or even just people who all happen to be transgender that wanted to go into a room together and discuss politics or favorite music or whatever anyone was interested in at the time, and yet we were being shut down simply on the basis of us being transgender," she said.

Then, in 1994, a transgender woman who was a friend of Smith's committed suicide. "She took her life due to the amount of prejudice she had faced from her family, from locals in the area. She identified as lesbian and faced a lot from the local lesbian community," she said. "And it angered me to see this person who I thought was very strong, very bright, and very friendly be driven to such a state that she would actually take her life."

The combination of these two events spurred Smith to action. She and other AOL users fought with the company and eventually got the anti-trans policy changed. They took their cause to the media, she said, "just trying to draw awareness to what transgender is about and how we weren't vulgar." The group went on to form the Transgender Community Forum on AOL, which Smith operated from 1995 through 1999.

The Internet has proved to be an effective tool for Smith. She started the Remembering Our Dead web project (www.rememberingourdead.org), in response to the November 28, 1998 death of Rita Hester, a transgender woman in Boston. Three years earlier in November another transgender woman had also been killed in Boston. Rita Hester's death was like watching a nightmare repeat for Smith. "There was kind of this strange overlap of coincidences, unrelated cases, but still some similarities," she said. "I was angered to see a community that had forgotten those people we'd lost, and really let these people die without even noticing," she said. She was determined that the murders never be forgotten so that they did not keep repeating. 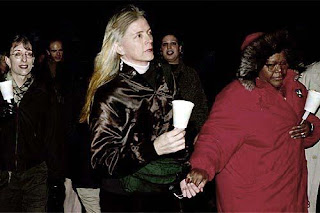 The first Transgender Day of Remembrance came about a year later, in November of 1999, the anniversary of Rita Hester's death. "We realized we had a lot of good information and we really needed to take it to a more public venue," she said. The event is held on November 20 instead of November 28 due to the Thanksgiving holiday.

Day of Remembrance and the Remembering Our Dead web project were the first large-scale projects devoted to anti-trans violence. "There really hadn't been anything like it before," she said. "There had been some small attempts by other transgender people to look at the issue but nothing had really been brought together."

The number of locations for Day of Remembrance has increased every year since its beginning. "This year (2003) thus far there's over 80 locations throughout the world. That's in six countries," she said. She fully anticipates 100 locations by November 20. While Michigan has three events planned (in Lansing, Ann Arbor, and Ferndale), "there are also going to be events on the same day in Tel Aviv, Israel, and Milan, Italy and all these places. It really is an international event and it's really a lot of people coming together," she said.

Smith hopes that the Day of Remembrance fosters a sense of community in addition to an opportunity for enlightenment for those who attend the events surrounding it. "For a lot of transgender people or gender variant people that might be attending I would hope that they get a sense of community, a sense of belonging to that community. To individuals who may not be gender variant I hope they get an understanding of the issues and the sort of violence transgender people can face simply for being who we are."

On the 20th she'll be in San Francisco, where she lives. "The San Francisco event is huge," she said. "Last year we had 1000 attendees." Although it's a logistical challenge, Smith finds putting the event together personally rewarding. "It's an attempt to try to make change."

Anti-trans violence appears to be escalating, and although the exact reason is not known, Smith has her theories. "I think that we live in a society that wants to view transgender people as disposable," she said. "We have a media that teaches people that transgender people are deceiving and should be treated accordingly. We have, in many places, a police force and judicial system that is not following up on these murders and is not providing sentences to fit these crimes therefore giving people the idea that they're not going to face prosecution for killing a transgender person."

Anti-trans violence is not far removed from anti-gay violence. "Most of the time, not always, when a crime is committed against an individual who is lesbian or gay it's not because they were, at the time, involved in kissing or other sort of contact with a member of their same sex. It's often because of gender cues or perceived gender cues. At the same time when a transgender person is assaulted and attacked, the number one term that a transgender person is called is not 'tranny' or 'sissy' or something like this, it's 'faggot' which is a derogatory term aimed primarily at gay males."

Though the people that make up the LGBT community are varied and diverse, Smith insists that a unified front is essential for combating hate. "The individuals that are out there that are doing these sorts of things, that are causing these injustices, they aren't looking at an individual saying, 'Well are they transgender, are they gay or are they lesbian, they're seeing a homogenous group. And it really helps us to present that face back."

She compared the issues facing the LGBT community to those facing the European Union. "If you look at the LGBT community in the same way you look at the struggles to get all the countries in Europe to work together as a unified whole you see the exact same thing. You see people don't want to lose their own self-identity in a larger label. And in both instances it's not about stripping away one's self-identity, it's about having a purpose and something larger than just that one identity."

With awareness, Smith hopes, will come understanding. And understanding is a big detractor to violence. For those people who might otherwise harm a transgender individual either through words or violence, Smith hopes, "that they would think twice knowing what's happened out there and knowing what trans people are really like and what we face."

For Smith, Day of Remembrance is both political and personal. "On the site now, amongst those names, are three people who I knew personally who were killed. And I really would like to not have to put a fourth," she said. "I really want to see this change."
Posted by Monica Roberts at 11:19 AM

Tomorrow I will attend the Day of Remembrance vigil at the community center. I don't knpw anyone personally who was killed but it has always troubled by heart. this will be my second time attend. Last year i attended a different activity. I don't know how I will react but it wouldn't surprise me if I was crying. This touches me deeply and I pray for the day that transgender people can be looked on with dignity and respect.

I'm attending our local one at the LPTS.