As much as I love the Christmas season, I have to admit that sometimes I do get a little down during the run up to that magic December 25 day.

Part of it is because I miss my family back home. I get homesick during the holidays, and it seems as though the 1000 miles between Houston and here are measured in light-years instead of interstate highway markers.

But that's not the only reason I feel down. One of the regrets I have in terms of transition pops up during this period. Just as I will never get to experience my high school prom as a female, I'll never know what it's like to experience a little girl's Christmas for myself. 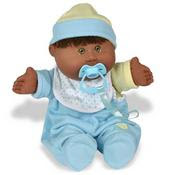 Because I have two sisters, I did get a sample of what I missed out on as part of the Santa's Helpers Corps. I ended up losing sleep assembling their Barbie Dream Houses, their bicycles, hunting through multiple toy stores for African-American Cabbage Patch dolls or Barbies, and driving Mom to various Houston area malls in search of additional gender specific gifts and clothes for them.

And feeling envious and jealous at the same time,

I got my fair share of Christmas goodies back in the day, so I'm not complaining about that. It's just when I look back on it I wasn't feeling being a 'boy' at the time. I was simply playing one for public consumption.

On one of the nights it was my turn in the rotation to do KPFT-FM's 'After Hours' with Jimmy and Sarah, she mentioned on-air what her sweetie had done for her one Christmas.

After a major knockdown drag out argument with her father, she was depressed for a few days. C-Day arrives and Sarah is urged to get out of bed by her partner. She grumpily complies, and after turning the corner into the living room is blown away by the surprise that was unleashed on her. 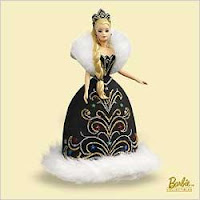 The tree was decorated with ballerina and Barbie ornaments, pink ribbons and other feminine trimmings. She opens one of her gifts and its a Barbie doll. All her gifts had a feminine theme to them and after she hugged her partner she started crying. Needless to say Sarah forgot about whatever drama she'd had with her father a few days earlier.

For the most part I muddle through my day to day life as a Phenomenal Transwoman okay despite the occasional slings, arrows and shade. But every now and then I long for and am envious of my genetic sistahs who got to experience things in their childhoods or young adult periods that I unfortunately never will.

Christmas is a not-so-subtle reminder of that as well.
Posted by Monica Roberts at 8:39 AM

I wanted to respond to this yesterday, but it hit me pretty hard. I actually got in trouble one Christmas for playing with dolls with my sister... Not a Barbie, it was a "Darcy" or something, and she was the only doll my sister ever had that had red hair like me.

Anyway, yeah. I still wish I hadn't missed out on that stuff. Christmas, the sweet 16, all of it.

Lisa,
I have a collection of African-American Barbie dolls in various shades as a reminder of the girlhood I never had.

But as much as I would have liked to grow up female from jump street, I consider being transgender a blessing.

Yeah, I don't consider being trans a curse, although it has been dreadfully inconvenient at times.

There's what I wish for, and what I have. What I have is good, too.

It's hard to forget what I wish for sometimes, though.