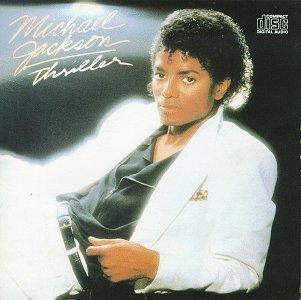 On November 30, 1982 an album was released that would make Michaal Jackson an international superstar and break ground on so many levels.

That Quincy Jones produced album was called Thriller. It was Michael Jackson's sixth album, and boy was it a monster. 104 million copies sold worldwide. It spent 80 weeks in the Billboard Top Ten Chart, spent 37 weeks total at the number one spot and 17 of those weeks were consecutive. It was the first album to spawn seven Billboard Top 10 singles (the others are Springsteen's Born in the USA and his sister Janet's Rhythm Nation 1814) and the only album to be the top seller in the United States for two consecutive years (1983-84).

In 1984 Jackson won a ton of awards thanks to Thriller. He was nominated for 12 Grammys and won eight. Seven were for Thriller including the Best Album of the Year, the eighth was for the ET Terrestrial Storybook. He also took home eight American Music Awards and three MTV Video Music Awards.

I agree, that album was the bomb on so many levels. Twenty five years later I'm still jamming to it.
Posted by Monica Roberts at 5:45 AM