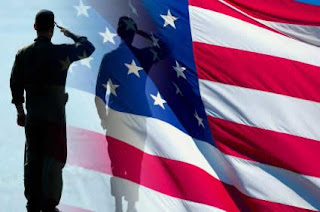 Friends,
Today is Veteran's Day. After what happened in the House Wednesday, I don't feel much like wanting to be an American any longer. I'm not even going to march in the Atlanta Veteran's Day Parade with the other GLBT veterans as I planned.

But, before I was told that I am not worthy to have the same rights as everyone else, the rights I gave eight years of my life to protect, I wrote the following article. I sent it to well over 100 straight publications across this country, and not one of them published it today. I figured that it is Sunday, so they would have the room for it, but I was wrong. So, I'm sending it to you, my friends and family. Even though the House took away my pride to being an American veteran, I will never lose my pride in what transgender veterans have done for this uncaring country. You will always be number one in my heart. Thank you for your service. Thank you all for your service.

TransGriot Note: Thank you, Monica for what you and other transgender vets did for our country. Yes, I said OUR COUNTRY. Never let anyone take away your pride in being an American citizen. If you do that, the Forces of Intolerance win.

I also thank you for your and other transvets continued service to our community in providing the leadership that is sorely needed as we continue fighting for our rights.

The men and women who fought in those wars over the last 230-plus years came from every diverse background this country has ever known. People from every race, religion, ethnicity, economic status, social status and sexual orientation have fought, been wounded or died for this country. A current example of sexual orientation is the first person wounded in the current war in Iraq. Eric Alva lost a leg in the very early days of the war and then came out as being gay after his discharge.

Amongst the wide diversity of people who have served this country, Transgender Americans have been an important part of the military since the Revolutionary War. The word “transgender” has come to mean “Anyone who crosses the gender lines, regardless of whether it is temporary or permanent.” Dictionary.com has the definition as, “Noun: A person appearing or attempting to be a member of the opposite sex, as a transsexual or habitual cross-dresser,” and, “Adjective: Being, pertaining to, or characteristic of a transgender or transgenders: the transgender movement.”

We have found that in the early part of American history, women could easily fight as men because they didn’t have to go through a physical exam before enlisting. That changed during the Spanish American War. Some of the women who did fight in those early wars indeed returned to a life as a woman, but many did not.

In the early and middle parts of the 20th Century, we found that most of the transgender veterans who served at that time started life as boys, but became women in the years after the wars had ended. Others crossdressed throughout their lives and even did so while serving in the military. In the middle 20th Century and early 21st Century, women began serving more frequently and even in combat roles where they could not previously serve. We started seeing more women who later became men after those wars were over.

One of the notable examples of a woman who fought as a man was Deborah Sampson, a tall woman for her day, served in the Revolutionary War as Robert Shurtliff and even became wounded. Another person was Lucy Brewer, who started her early adult life as a prostitute, but served as a Marine on board of the USS Constitution in the War of 1812. After the War, she appeared as a man several times. Around 400 women served as men in the Civil War, for both sides. Some continued their lives as men after the war. 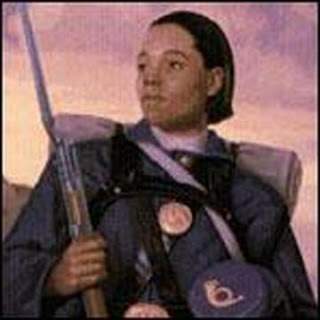 One of the most interesting stories is that of Cathy Williams, a slave who changed her name to William Cathey and served two years as a Buffalo Solider before she told a doctor she was a woman. She did as well as her male counterparts, surviving the harsh conditions of the desert Southwest. 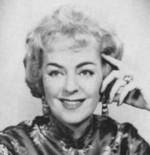 As the understanding of transgenderism improved, stories of thousands of transgender people who served this country in the military surfaced. The famous writer, B-movie producer and crossdresser, Ed Wood, fought in the Battle of Guadalcanal. The first known transsexual, Christine Jorgensen, spent eleven months in the Army and when she came back from Denmark after her surgery in 1952, the headlines in the paper read, “GI becomes Blonde Bombshell.” The headlines knocked the explosion of the first hydrogen bomb off the front page. Later, Eisenhower even invited her to the White House.

We know of many transgender people who have fought in every late 20th Century and 21st Century wars we have been in. I have a friend, Jane Fee, who served during WWII. I served during the Vietnam War, in the Navy, on two submarines. We know of another transgender person who headed a special anti-terrorist unit for the Army and even reported to the Vice President.

Transgender people have been in every war, served in every branch of the service, have achieved every rank and have been awarded every medal this country has, including the Congressional Medal of Honor. We have done every job the military has, served in every base, port, ship, drove every vehicle, operated every weapon, flown every aircraft and served in every hospital the American military has. We have done our part to preserve the freedom of everyone in this country. If you ask us, we will tell you that we are veterans first, who just happen to be transgender people. And, we are proud to have served this great country.
Posted by Monica Roberts at 11:42 AM

I really loved this article. Can I link this on my LJ and my blog?

Monica would love that and so would I.

Ooh, thank you for this post. This particular topic is one of my occasional obsessions, but I never really thought about it in reference to Veteran's Day.

I marched in the Veterans Day parade yesterday. I was dressed as Gennevieve and felt proud to have served in the armed forced (army). I also marched to represent transgender people who cannot. I was interviewed by some graduate students and expressed that transgender have also heeded their country's call. The applaud of the crowd let me know that they appreciated that we served, whowever we are.