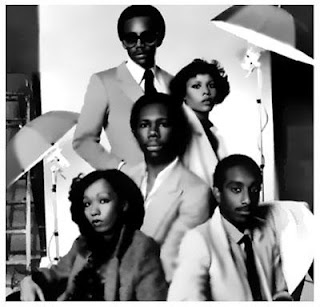 The dictionary definition of chic reads: smart elegance and sophistication especially of dress or manner. That's a dead-on target description of one of my favorite bands of the 70's.

Chic's music like most of the stuff I grew up listening to has proven to be timeless and ground breaking as well. I fell in love with their amalgamation of deep bass guitars, the lush strings courtesy of the Chic Strings (Cheryl Hong, Karen Milne and Marianne Carroll) and funky rhythms. Sometimes it was at a disco pace. Other times it was pure 70's funk with some cool soulful ballads and instrumentals thrown in just for good measure. 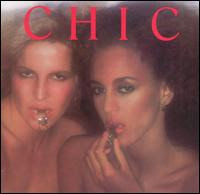 While Dad introduced me to Parliament-Funkadelic, I discovered Chic on my own. I opened the package of promo albums that got mailed to the house one day back in 1977 from Atlantic Records and noticed Chic's debut album. It was the self titled one that contained what would become their first hits 'Dance Dance Dance' (Yowsah Yowsah Yowsah) and 'Everybody Dance'.

Dad sometimes used me to screen albums because I tend to be analytical about the way I listen to music. The lyrics are extremely important for me. I'm into great guitar players, sax players who can blow and great producers. I got spoiled listening to peeps produced by Holland Dozier Holland, Gamble and Huff, Maurice White, Quincy Jones, et cetera. In Nile Rodgers and Bernard Edwards they already had the quality producers and musicians.

Norma Jean Wright started out as Chic's front singer. They decided after a year of touring to support the first album they needed another female singer to expand what they could do in the live show and musically. Norma Jean suggested her friend Luci Martin. When Norma Jean Wright was forced to leave the band because of her contractual solo career obligations. Alfa Anderson, who sang backup on the second album C'est Chic was moved up to replace her in 1978. Norma Jean did get to sing some vocals on the monster Sister Sledge 1979 We Are Family LP. 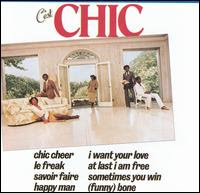 C'est Chic got released in late 1978 with 'Le Freak' as the lead single and sold six million copies. Risque was released the next year. It contained a a song that would help propel a new music genre to prominence. That song was 'Good Times' and it became the basis for the Sugarhill Gang's breakthrough hit 'Rapper's Delight' and a host of other rap records that sampled it throughout the 80's. The basslines were sampled by rock, rap and R&B producers as well. 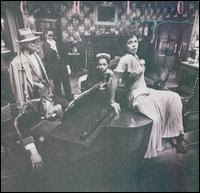 C'est Chic was supposed to contain the song 'He's The Greatest Dancer'. While producing Sister Sledge's album they decided that this song was a better fit for them and swapped it with another song. The song they exchanged it for that ended up on the Risque album was 'I Want Your Love'. They also featured an up and coming commercial jingle and session singer by the name of Luther Vandross on several of their albums. Luther hit it big singing lead vocals on Change's 1979 album featuring the hit singles 'The Glow Of Love' and 'Searching' and set the stage for his debut Never Too Much LP in 1981.

Nile and 'Nard also produced Diana Ross' hit singles 'Upside Down' and 'I'm Coming Out' for her 1980 Diana LP.

They struggled to get airplay in the early 80's and disbanded. They did produce Madonna's 1984 breakthrough album Like A Virgin album and scored some successes producing other artists.

After a 1992 party in which Nile and 'Nard played old Chic tunes along with Paul Shaffer and Anton Fig to thunderous applause they organized a reunion of the band and produced CHIC-ism. It not only charted but received critical acclaim and airplay all over the world.

In 2005 they became three category inductees in the Dance Music Hall of Fame. They have received nominations for the Rock and Roll Hall of Fame in 2003, 2006 and 2007 but have yet to be elected.

Here's hoping that someday they'll be enshrined there as well.
Posted by Monica Roberts at 12:32 PM

nice musing about your feeling about CHIC.. more on our fav' band at http://www.chictribute.com

Yep,
There were more than a few school dances that Chic songs were played at. The 70's wa just an amazing time for music in general.