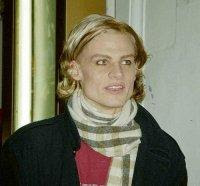 In the last two months we've had transgender characters appear on two ABC network shows. One of them is on ABC's flagship soap All My Children . The other is on Ugly Betty.

Both shows stated they wanted to treat the subject with respect and dignity. The early returns are in from the transgender community. One has gotten rave reviews while the other is getting panned.

I've been a longtime fan of All My Children. I arranged my college schedule around it and the Young and the Restless back during its 1980's heyday. I was excited at first when I heard that AMC was going to tackle a transgender storyline with actor Jeffery Carlson playing Zarf. AMC has had a history of tackling tough and controversial subjects throughout its 36 year run that range from abortion to Bianca being a lesbian.

Then I watched the initial show featuring Zarf. To quote Blaine and Antoine from In Living Color: "Hated It!"

Now fast forward a month later to Ugly Betty and the way it has handled Rebecca Romijn's insertion into the show as Alexis Meade. For several weeks she appeared as a shadowy mystery woman plotting with Wilhelmina Slater. The mystery woman's identity is revealed a week before the Mode fashion show. (See the 'I'm Coming Out') Ugly Betty episode.

In the last two shows I have see Alexis since the reveal describe the alienation from friends, discuss family issues and be slapped with the discrimination and bigotry we face in a sports bar scene.

Ugly Betty gets two snaps up. Somebody was doing their homework on this one. Maybe the Ugly Betty writing team needs to have a chat with the AMC one and give them some tips on how to build a transgender character. 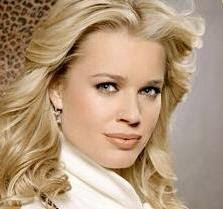 The difference to me and the transpeeps I've talked to online is the realistic way that Alexis has been portrayed versus the disappointingly schlocky way that Zoe has been portrayed so far on AMC. I know that Jeffrey Carlson wanted to do the character in a way respectful to the transgender community.

As with all TV shows it's all about the script writing. Hopefully they will get it together on AMC and get Jeffrey the material that he needs to make this character better.

While having genetic female actresses playing transwomen is a sore point with some peeps in the community, I don't have any complaints about a supermodel playing a transwoman if it's done well.

News flash to some of you: In some cases the surgery results ARE that good. If you have the cash as Alexis did, you could conceivably look convincingly feminine when you're done, especially if you have the right body build to start with. Rebecca's 5'11" height adds an even more realistic touch to it.

Granted, I'd love to see more transwomen actresses get those roles and I'm beyond ready to see another person who looks like me playing a transwoman. (No, Tyler Perry's Madea doesn't count)

Until somebody else gets the cojones (pardon the pun) to create a transgender character that's not killed off in the first five minutes of the show I'll have to enjoy these two.
Posted by Monica Roberts at 10:02 AM