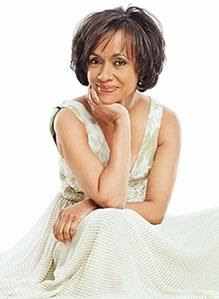 I first became aware of Judge Hatchett in 2000 thanks to her TV show. After watching the show, reading her bio and discovering articles about some of the groundbreaking work she was doing in the legal profession and beyond I became a fan.

She's an award winning jurist, children's advocate, author and mother of two, She's been recognized as Woman of the Year by 100 Black Men of America and one of the 10 Women of Distinction by the Girl Scouts of America.

She's an Atlanta native who graduated from Mount Holyoke College and Emory University Law School. She spent ten years as Delta Air Lines' highest ranking African-American woman in the company's legal and public relations departments. During her Delta tenure she was recognized by Ebony Magazine as one of the '100 Best and Brightest Women in Corporate America'.

In 1990 she accepted an appointment as chief presiding judge of the Fulton County, GA juvenile court system. During her eight year tenure Judge Hatchett received accolades from her legal colleagues for her innovative approaches to juvenile justice and creative sentencing. It's an approach she continues to implement on her television show. She is a spokesperson for CASA (Court Appointed Special Advocates).

That concern for our children and the work she's done as an advocate for them is something I hope to be able to incorporate into my own life one day.
Posted by Monica Roberts at 10:09 AM