How Young Is Too Young To Transition? 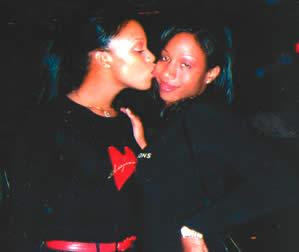 Kim, 12, has always fought a male identity; she began hormones before puberty and will soon have surgery in a controversial step her doctors think more humane.

Kim is believed to be the youngest person to begin gender reassignment. 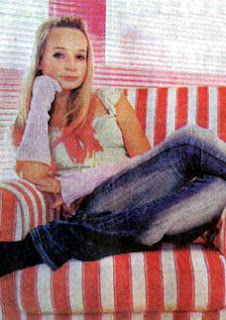 Biologically male and originally named Tim by her parents, Kim was diagnosed officially as a transsexual two years ago and has been undergoing hormone treatments. However, following an extensive mental and physical examinations, German doctors have been given the go-ahead. The child's parents have also expressed enthusiasm to begin immediately.

When the news broke about Kim's case in Germany it reawakened an old debate in the transgender community. How young is too young to transition?

We had a TSTB discussion thread on the topic and we couldn't come to a consensus on the right age to do so. We did agree that American attitudes on the subject of early transition lag far behind the rest of the world. In Thailand and Mexico for example, female hormones can be bought over the counter and the trend in other nations is increasingly leaning toward teenage transition. 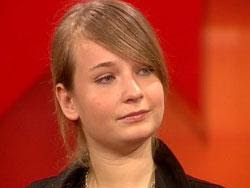 My thoughts on it have evolved as the evidence continues to mount that the earlier a male to female transitions, the better. I used to believe that 18 was the right age to transition. I currently think that it needs to happen around 15, the start of the high school years. Many children develop a clear sense of whether they are boys or girls between the ages of 18 and 30 months. After that point gender stabilizes and the child adopts gender specific behavior in terms of mode of clothing, the toys they play with, et cetera.

Children with GID issues react in a different way. They will persistently insist that they belong to the opposite gender and show signs of discomfort with their body. Boys may exhibit a preference for cross-dressing, playing the female role and be disgusted with their penis. Girls may adopt masculine clothing, be drawn towards rough-and-tumble games and hide their breasts and vagina. GID kids want their unwanted body parts to disappear as they grow older and have strong preferences for friends of the opposite sex.

In Great Britain and the United States, doctors follow the The World Professional Association for Transgender Health (formerly the Harry Benjamin International Gender Dysphoria Association) Standards of Care. They generally avoid gender reassignment surgery until the patients are 18.

WPATH guidelines state that "surgical intervention should not be carried out prior to adulthood" and that hormones should not be given to those under 16.

It is well known that early transition for male-to-female transpeople has more benefits than downsides. Testosterone is a powerful hormone and the earlier you can stave off its post-puberty effects the better for the transwoman to be. Teen transitioning allows your body to develop with feminine gender characteristics. More importantly there's not as much testosterone buildup to overcome and you avoid the testo-induced vocal cord thickening that produces a masculine timbered voice.

The major benefits are social. Families have a way of projecting their expectations for your life based on gender. A young transitioner would have the benefit of not only healthy self-esteem from having their body develop in the gender matching their brain's hardwired and self-perception, but the family would also see that. They would then develop a parental life expectation projection based on the female role, not the gender role you're leaving.

For example, if you're male, you're expected to 'carry on the family name' by marrying and having kids and doing better career wise than your father.
The later you transition in life, the harder it is for the family to let go of the 'old person' and those dreams. It lends itself to a situation in which the family can come to resent the 'new one' that took over the 'old person's' body. 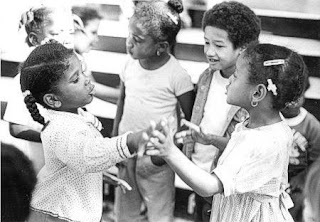 If the option had been available to me would I have taken it? You damned skippy I would have. I believe that had I done so at 15 my quality of life and familial relationships would be much better than the decade long isolation that I'm painfully trying to overcome right now in my nuclear and extended families.

As far as my body was concerned I have no problems passing. I was fortunate to be blessed with a wiry body build, smooth skin, limited body hair growth, feminine features and a rather androgynous voice. HRT basically enhanced and improved what I was given. My only regrets about transition is that I didn't do it sooner. The feelings I've had have been present in my life since I was 5.

If a young person has been insistent for years that they are in the wrong body, have gone through counseling and there is no change in their perception they are a member of the opposite gender, then why shouldn't society allow them to make the transition moves that will ensure a happier, healthier and more productive life for them?

Even if they came to that conclusion at age 12 or sooner.
Posted by Monica Roberts at 12:51 PM