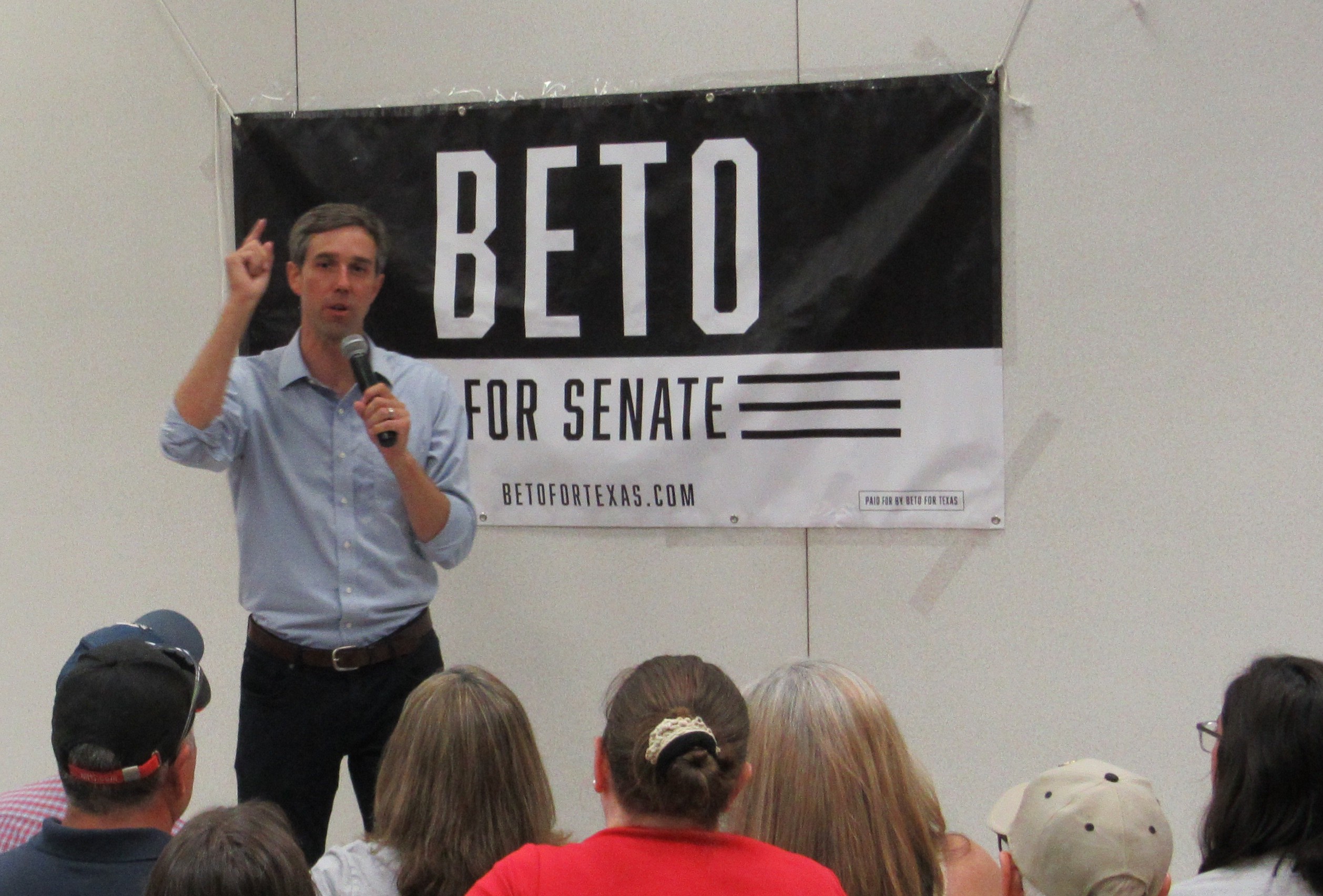 I'm not a fan of my Canadian senator Rafael Cruz, and was hoping that in this 2018 cycle some big name Texas Democrat would step up to the plate and take a shot at knocking off the very unpopular Cruz.

That person turned out to be Rep Beto O'Rourke.   He is the congressman repping El Paso in far West Texas.

Over the last few months since he has announced his run for the US Senate, has done something no Democrat has done since Lloyd Bentsen in terms of running a competitive US Senate race.

And I and every Texas Democrat love it.

The Republicans have going from pooh-poohing his campaign to spending serious money on eye roll inducing attack ads.   I enjoyed watching Beto eviscerate Cruz in their first debate at SMU.    Looking forward to their next scheduled one at UH

Beto continues to run positive campaign ads and expose as my mother calls him, our Canadian senator, as the shameless one trick right wing political pony he is.   O'Rourke continues to out fundraise Cruz without taking corporate or PAC money.

And on the issues, Beto has unapologetically called out police violence against Black folks, the unacceptable Trump baby jails, and has a forward looking platform I and many Texans across all 254 of our ginormous state's counties can get behind.

Oh yeah, unlike Rafael, Beto has visited and talked to Texans in all 254 of Texas' counties.  Cruz hasn't even come close to doing so, much less done events in Black neighborhoods as Beto has repeatedly done.

Beto has also made it clear that he is not afraid to talk about tough issues.

All Rafael Cruz offers is more partisan attacks and not caring about anyone except wealthy white Texans.

That's why I'm enthusiastically endorsing Beto O'Rourke  for the US Senate, and urge my fellow Texans to vote for him when early voting starts on October 22 or on Election Day this November 6.

For those of you who don't live in the Lone Star State,  you can support him here.
Posted by Monica Roberts at 12:00 PM