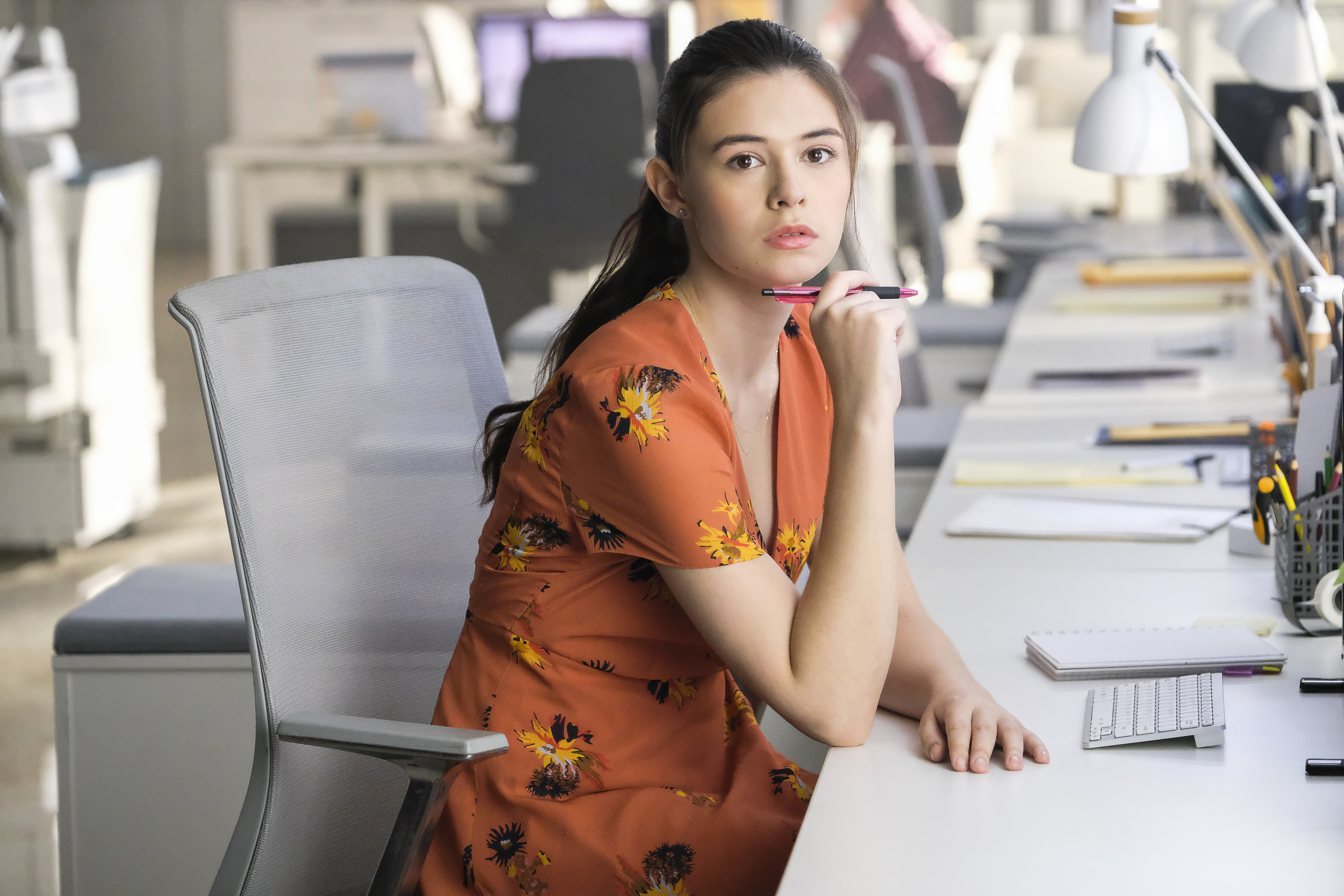 I had the pleasure of meeting Nicole Maines and her amazing family during my 2012 trip to the Philly Trans Health Conference.   I was thrilled to see her on that guest episode of Royal Pains,

I now get to see her on Supergirl in a groundbreaking role as Nia Nal, television first trans superhero.

Nia Nal is a new reporter at CatCo World Media, and Kara Danvers (AKA Supergirl) takes her under her wing as a mentor because the younger Nia reminds her of herself when she first arrived at CatCo, and they also have being aliens in common.

Turns out Kara will be mentoring her on more than just reporting.   Nia is a descendant of Nura Nal, the 30th Century superhero Dream Girl.   She will become Dreamer, a superhero that can foresee the future.

It is so cool that a real life community shero gets to play a superhero on television and become that for an entire generation of trans kids.

This fourth season of Supergirl will return back to National City as an anti-alien and anti-superhero campaign led by the charismatic leader Agent Liberty is ramping up.  With all the anti-immigrant sentiment being whipped up by Agent Orange and his minions, this season will spark some timely and vitally needed discussions about immigration and acceptance of people

Looking forward to watching on the CW the first Season 4 episode of Supergirl this Sunday and watching as the Nia Nal character progresses.

Also looking forward to seeing what Nia's superhero costume looks like.
Posted by Monica Roberts at 10:00 AM