The reason this inaugural #PronounsDay was conceived is because respecting someone's preferred pronouns is a basic non negotiable requirement to be considered a decent human being.  Far too often cis people feel as though the pronouns of trans, non binary and gender non-conforming people are a joke, optional or it's too burdensome on them to respectfully and consistently use. 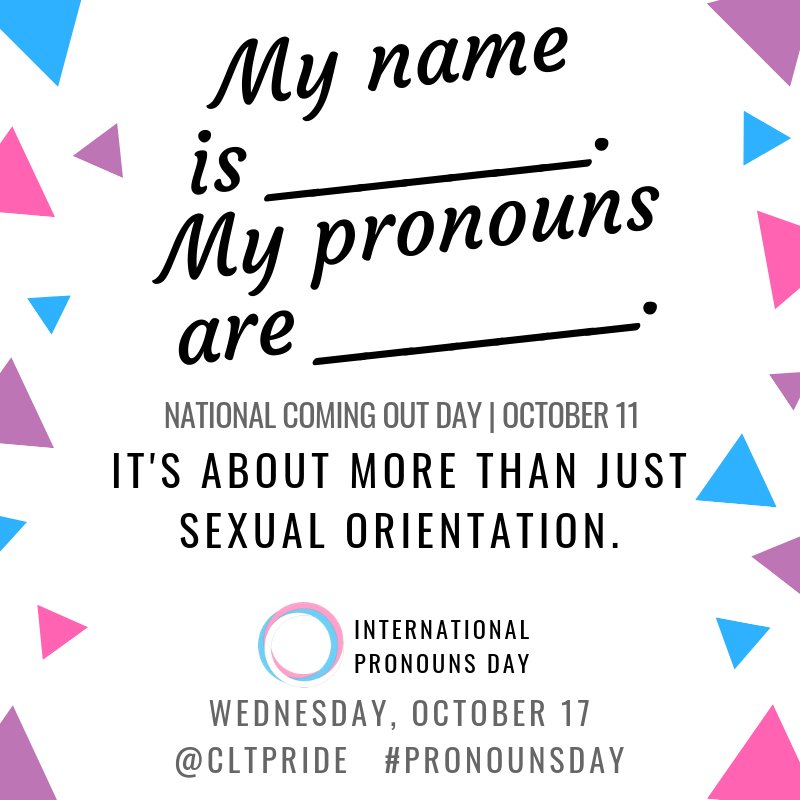 International Pronouns Day seeks to make asking, sharing, and respecting personal pronouns a commonplace thing. Referring to people by the pronouns they determine for themselves is basic to human dignity. Being referred to by the wrong pronouns negatively affects transgender and gender nonconforming people. It can also negatively affect or delay our pursuit of justice when we lose folks to anti-trans violence. Individuals and groups will celebrate #PronounsDay by participating in grassroots activities determined by them at the local level. This

#PronounsDay is a campaign I can definitely get behind. I'm also pleased to see that one of the endorsing organizations for this inaugural day that we hope will go global over time is the University of Houston Women and Gender Resource Center.

It is hoped that by participating and promoting this #PronounsDay, we can transform society to celebrate people’s multiple, intersecting identities.

And I hope that day happens sooner, rather than later or not at all..
Posted by Monica Roberts at 12:00 PM