Bigotry has a cost, and Indiana is about to find that lesson out the hard way.

Indiana Governor Mike Pence (R) signed the Orwellian named Religious Freedom Restoration Act  into law on Thursday that allows faith-based discrimination against the TBLG community.   Ever since  then, the condemnation and backlash of the unjust law has been swift.

“We certainly understand the implications this legislation has on our ability to attract and retain employees, Simply put, we believe discriminatory legislation is bad for Indiana and for business.”
Janice Chavez, Eli Lilly spokesperson  (Eli Lilly has 17,500 employees in Indiana)

Hey, where were y'all Eli Lilly and other businesses when this unjust law was being considered? Now y'all wake up and call it out?

Angie's List just cancelled a $40 million dollar expansion in the state that would have brought 1000 jobs to Indiana.   The Indianapolis based Disciples of Christ denomination sent a letter to Governor Pence  threatening to cancel their 2017 convention that is scheduled to be held there.

"Our perspective is that hate and bigotry wrapped in religious freedom is still hate and bigotry," Todd Adams, the associate general minister and vice president of the Indianapolis-based denomination, told The Indianapolis Star. Adams said the Disciples of Christ would instead seek a host city that is "hospitable and welcome to all of our attendees."

The Indianapolis based NCAA, which hosts the men's Final Four there at Lucas Oil Stadium next week, is also concerned about the anti-LGBT law. 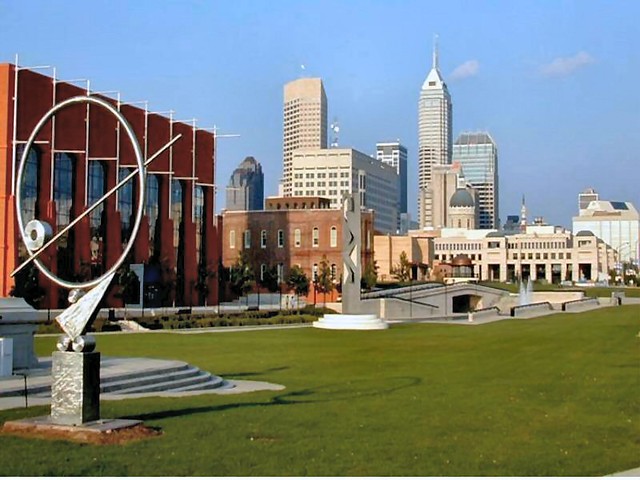 "The NCAA national office and our members are deeply committed to providing an inclusive environment for all our events. We are especially concerned about how this legislation could affect our student-athletes and employees,” NCAA President Mark Emmert said in a statement.

“We will work diligently to assure student-athletes competing in, and visitors attending, next week’s Men’s Final Four in Indianapolis are not impacted negatively by this bill. Moving forward, we intend to closely examine the implications of this bill and how it might affect future events as well as our workforce."

The Gen Con gamer convention, which brings 56,000 people to Indianapolis and has a $50 million dollar impact on the local economy, is also threatening to pull out of the city.

Unfortunately it's too late for Indiana to stop its passage, but it can serve as a cautionary tale for Texas and the rest of the country considering passing the same kind of blatantly unconstitutional and unjust laws