This Friday finds me waking up in a hotel room bed outside the 713 area code and inside I-495.  Thankfully it's after the 2015 Cirque de GOP, also known as the CPAC conference, has mercifully been over for a week.

And the beautiful view that greeted me was a snow covered one of Dupont Circle.

At this moment you're reading this I'm knee deep in a Trans Persons of Color Coalition board meeting and loving every moment of it.   I'm proud and happy to be spending this time with my TPOCC family helping to chart the course of this multicultural trans organization for this and the next few years.

Speaking of stuff I'm happy to be doing is calling out every Friday the fool, fools or group of fools that have us shaking our head pondering just how they walk through life being so off the charts ignorant and stupid.

So while I handle my TPOCC meeting business, you TransGriot readers get to find out who won this week's TransGriot Shut Up Fool Awards.

Honorable mention number two I got north of the border for and give a group award to the Canadian Senate Conservatives for stalling passage of the Trans Rights Bill for two years. and adding an amendment to it exempting C-279 from applying to public spaces including bathrooms and locker rooms.

Just another example why marginalized people all over the world hate conservatism.

Honorable mention number three is Tennessee state Rep Sheila Butt (R), who got her butt (pun intended) in trouble with a racist tweet saying it's time for an NAAWP.

Oh Sheila, you already have the National Association For The Advancement of White People.  It's called the Republican Party.  So have several seats and a nice tall sweet tea flavored glass of shut the hell up.

Honorable mention number four is the Liberty Institute.   They are doing loud and long bitching about the fact their petitions to force a May repeal referendum on the recently passed non discrimination law were rejected.  But what they fail to admit to their sheeple is the city of Plano notified the Liberty Institute three weeks before the deadline to submit the petitions they had problems, and they failed to correct the problems.

Oops.  Looks like no matter what end of I-45 they are on, the haters have a demonstrated inability to collect signatures for petition drives.

And when you attempt to dig a grave for someone, better dig one for yourselves.

Honorable mention number five is Flip Benham, who spent far more time at that Monday hearing for Charlotte's failed LGBT rights bill staked out in front of the women's bathroom oppressing trans women  and  trans kids than he did listening to the testimony of over 150 Queen City citizens expressing themselves pro and con about the ordinance.

Doesn't your perverted azz and your fellow faith based perverts have better things to do than creepily standing watch in front of the women's restroom to berate any transwoman going to piss and poop in them?

Let my trans people poop and piss in peace.

Honorable mention number six is Ben Carson, who in addition to the rants he unleashed during the Cirque de GOP, said that science needs religion to interpret it because it could be propaganda, and that prison sex  proves that being gay is a choice.

Another racist idiot with a radio show firing up the conservasheeple.   If she were thirty years younger she'd be perfect FOX Fembot material.

And y'all wonder why I continue to call the Tea Party the Tea Klux Klan. 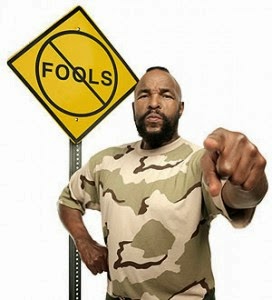 This week's Shut Up Fool is Cal-ee-forn-ia attorney Matt McLaughlin, who has proposed a California ballot initiative, the 'Sodomite Liquidation Suppression Act'. that would if it made it to the ballot in Cali and passed, would mandate the execution of all gay peeps in the state,

Hey, I have to give him props to not only naming and claiming his hatred, he put his own money ($200) down on what he believes in.   Even if it is genocide.

And you know I gots to call his azz out on it.  Here's another example of a white conservamale wanting to oppress (and kill) somebody he doesn't like.

Matt McLaughlin, have several seats and shut the hell up, fool!