Mr. Spock Is NOT A Republican 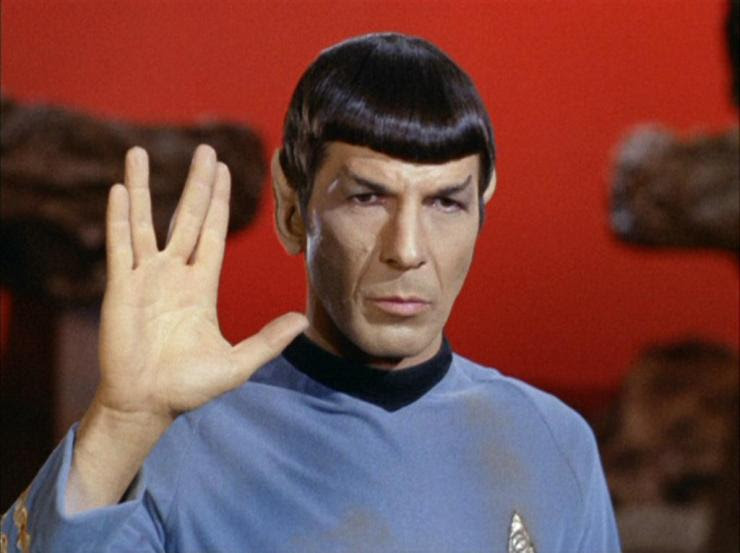 What is it about these conservafools who gleefully oppress people, then want to claim liberal-progressive heroes and sheroes who are the polar opposites to everything they stand for?

Remember when the conservafools in 2008 tried to claim that Sarah Palin was Wonder Woman, only to have Lynda Carter herself call them out on it?

They haven't learned their lesson yet

In the wake of Star Trek's Leonard Nimoy passing away Friday and President Obama commenting on it like every other Trekkie and fan of the show has, a Republican state legislator in Oregon couldn't resist the urge to make a fool out of himself and try to claim him for Team Conservafool.

Naw Rep. Post, not only was the late Leonard Nimoy NOT a Republican, his iconic character wasn't either.    Spock was the science officer on the USS Enterprise, and one of his favorite quotes was 'the needs of the many outweigh the needs of the few' (or the one)

Your party not only hates science, but your party's motto should be 'the needs of the Koch Brothers and the 1% outweigh the needs of society.'  And neither is 'live long and prosper' an endorsement of your party's 'greed is good' fiscal policies.

And because you Teapublicans have no health care plan besides don't get sick and die quickly, how can anyone live long enough to prosper?

If you are so desperate to claim a Star Trek character,  if anything, the Ferengi are the peeps you Republicans are most like in the Star Trek universe.

You both chase profit over people, and have no use for you feminine population unless it benefits you.

I'm surprised you haven't adopted the Ferengi Rules Of Acquisition as your party platform and replace the elephant with a smiling Ferengi as your party's new mascot.

So no, have several seats if you ever again in life try to compare your party to Mr. Spock..