Some positive news on the international trans human rights front coming out of South Korea.

The Seoul Western District Court ruled in favor of accepting the requests from the five trans men to have their family register listing altered to be classified as male. None of the five has undergone operations to surgically alter their genitalia.

The five trans men filed their request in December, arguing that the demand for surgery to conform to the changed gender status constituted the main barrier to approvals and violated the spirit of the legal gender modification system, which is to guarantee the Constitutional rights of transgender people.

Of course the five transmen were thrilled about the landmark ruling. 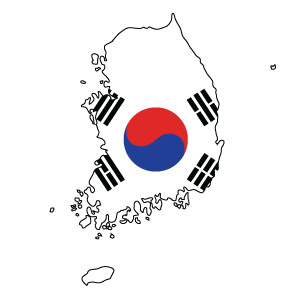 Despite the South Korean Supreme Court ruling in June 2006 that transpeople in that nation have the right to alter their legal gender status, in the guidelines they subsequently drafted one of the requirements was that individuals have to possess 'external genitalia of the opposite sex from their biological one' in order to do so.

Last January, the World Professional Association for Transgender Health sent an opinion to Seoul Western District Court arguing that genital surgery should not be a requirement because it is not medically necessary and is a difficult procedure with a strong risk of side effects and other negative consequences.

It's another good day for the advancement of trans human rights not only in South Korea, but internationally as well.