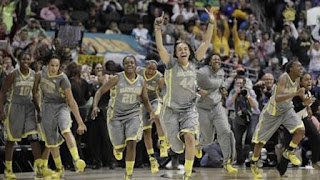 In honor of Women's History Month, in 2008 I started doing an NCAA women's tournament bracket similar to what I was doing for the men.

My readers who are women's basketball fans like me loved the idea so much I've continued what has become an anticipated TransGriot tradition in 2009, 2010, 2011 and 2012.

Unlike the menz, The Lone Star State is well represented in this edition of the NCAA women's tournament, and one of the teams involved just happens to be the defending champs.  Baylor compiled an unprecedented  40-0 unbeaten record enroute to knocking off Skylar Diggins led Notre Dame for the 2012 NCAA women's basketball title and keep that trophy in Texas.   The other Lone Star State schools besides 32-1 Baylor participating in this 64 team tourney are SEC tournament champ Texas A&M, SWAC tourney champ Prairie View A&M and Texas Tech.

Prairie View has the misfortune of once again facing the overall number one seeded Lady Bears and Brittney Griner in the opening round of the tournament. 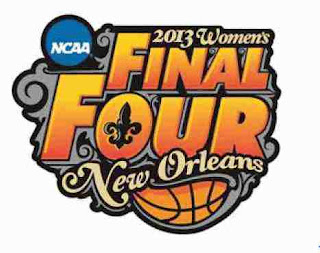 Speaking of the Lady Bears, can they send my Houston homegirl Brittney Griner out in her senior year a winner as a repeat NCAA champion?  Will she dunk in the title game or sometime during the tournament?

Will Chiney Ogwumike and her Stanford teammates spoil the title coronation and hang another loss on the Lady Bears?

Will Skylar Diggins and Notre Dame in her senior year finally get the NCAA title she and the Fighting Irish have come so close to winning twice?

Does UConn have a long NCAA title run in them?  Or will some new contender to the women's basketball throne spring some upsets that send them all the way to New Orleans?