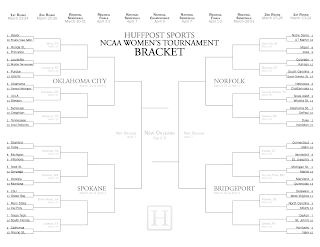 The annual college basketball feast known as March Madness has started in arenas all over the United States.  The men's tourney kicked off on Tuesday with 68 teams vying to be the last one standing in Atlanta. Tomorrow the road to New Orleans begins for the 64 women's teams playing to see who will be the NCAA national champion when the final games are played.

And it's Friday, so that means it's time for us to see what fool, fools, or group of fools exhibited championship level arrogance and stupidity this week.

And since this is the March Madness edition, we'll have four finalists and the championship fool or fools.

Our first finalist is Arizona State Senator John Kavanagh (R) for his attempt to pass the unjust Your Trans Papers To Pee SB1432 bill.

Our second finalist courtesy of a nomination from Denny Upkins is Consequences from Love & Hip Hop for his White Skin is the Right Skin shuckin & jivin nonsense.

Our third finalist is our least fave Whyte Radfem Womyn Gone Wyld that we all know and loathe in Catherine 'Cockroach' or 'Bug' Brennan for her latest unhinged hate on transpeeps screed that Dyssonance eviscerated.

Our fourth finalist is Michelle Shocked who unleashed an anti-gay onstage rant (NSFW, and triggering language) in San Francisco of all places while she was on stage.  Now that she's shocked, shocked (pun intended) about the backlash coming her way and tour dates and being cancelled with the quickness, she's trying to deny she said it.

And this week's winner is.....Michelle Shocked.  That's giant sucking sound you hear is your music career going down the toilet.   Let your fundie friends support you now.

Take it away Mr T.