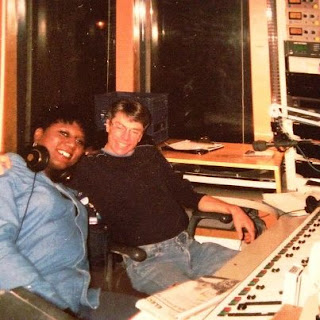 From November 1999 to September 2001 I got to spend some late Saturday-early Sunday AM mornings at the KPFT-FM studios sitting next to Jimmy Carper as a rotating co-host for After Hours.

KPFT-FM is our local Pacifica Radio outlet with its studios still in the middle of the Montrose gayborhood.  I had a lot of fun doing that 'Queer Radio With Attitude' show especially since I was fulfilling a dream of actually being on the air.

The best part of the deal of being Jimmy's co-host is I got to say whatever I wanted and what was on my mind about politics, the community or whatever was LGBT related as long as I didn't violate FCC regulations.

And yeah, I did introduce his listeners to some R&B artists who were rainbow family as well since he only played LGBT artists during the time After Hours ran from 1-4 AM.

Congrats to my old radio bud for the honor...