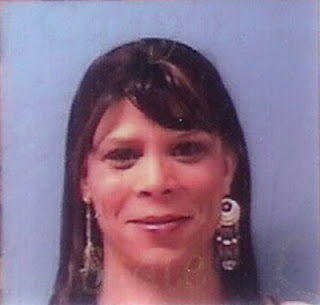 Y'all know how much I love Dyssonance, especially when she has fun debunking and effortlessly destroying ignorance from the rad phlegm ranks.

So once again rad fems who claim you don't agree with what the TERF's (trans exclusionary radical feminists) spew on their hate sites, when are y'all going to get off your behinds and do your part to call them out?

Better yet, if you're serious that they don't belong in your feminist ranks, how about working to get them declared by the Southern Poverty Law Center as a hate group?

Now, I’m going to point this out to you right off the start: She says two things in her 4th paragraph that pretty much prove she is a lying sack of shit in her fifth one and since she builds her arguments on the premise there, she basically is using the model she’s grown accustomed to using that makes it so easy for me to shit all over her.

She says, pointedly, that she doesn’t know if the study is well done or not. She also says she isn’t a .

Well, I am, and looking at the study (studies, actually, if she’d bothered to really do any sort of actual research into the powerpoint) is something that strikes me as a minimum requirement if you are going to talk about it. So we already know that I have a slightly higher standard for such things than she does, but her goal is demonzation and repeating and reinforcing stigma because of her irrational and aversive bigotry, so of course she is going to reduce her standards.

Besides, she’s a lawyer, that’s what they do, especially while throwing people out of their homes.

You can read the rest of her post 'Cockroach Lies Some More'
Posted by Monica Roberts at 12:00 PM