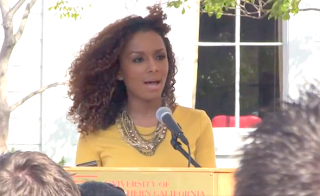 So when will trans persons of color be invited to participate in a Melissa Harris Perry show discussion?  Will that happen sometime before this decade is over?

TransGriot February 13, 2013 'When Will POC Transpeople Be Invited To MHP?'

As you TransGriot readers are aware of I've been quite vocal about the lack of trans POC people appearing on this GLAAD award nominated show (and countless others) to talk about trans issues (and other issues of the day including LGBT community ones) from our perspective.

So I was beyond happy to read that Janet Mock will be in the #nerdland studios tomorrow morning taking part in the discussion on what lies beyond the marriage equality fight.

Alright Janet!   So deliriously happy that you'll be our POC trans community's first representative on the Melissa Harris Perry show   I know you'll do a wonderful job. 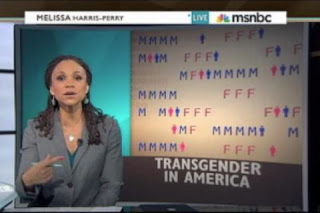 Now MHP show, was that so hard?    All us trans POC folks were asking for is the visibility and the opportunity to show that trans persons of color are more than just 'tragic transsexuals'.

Trans masculine and trans feminine POC peeps are more than capable of holding our own in a policy discussion.    We trans persons of color not only needed to see ourselves represented on the MHP set and television screens across America, so did our LGBT peers and the cis people inside and outside our communities who don't believe that thoughtful, intelligent talking head trans persons of color exist..

Looking forward to tuning in tomorrow with the rest of America to check out the latest edition of #nerdland and see a beautiful and talented girl like me as part of the panel.  I also hope that we see more trans POC's on future #nerdland shows as well