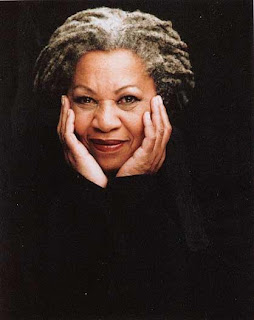 WASHINGTON - (AP) The woman who famously labeled Bill Clinton as the "first black president" is backing Barack Obama to be the second.

Author Toni Morrison said her endorsement of the Democratic presidential candidate has little to do with Obama's race -- he is the son of a black father from Kenya and a white mother from Kansas -- but rather his personal gifts.

Writing with the touch of a poet in a letter to the Illinois senator, Morrison explained why she chose Obama over Hillary Rodham Clinton for her first public presidential endorsement.

Morrison, whose acclaimed novels usually concentrate of the lives of black women, said she has admired Clinton for years because of her knowledge and mastery of politics, but then dismissed that experience in favor of Obama's vision.

"In addition to keen intelligence, integrity and a rare authenticity, you exhibit something that has nothing to do with age, experience, race or gender and something I don't see in other candidates," Morrison wrote. "That something is a creative imagination which coupled with brilliance equals wisdom. It is too bad if we associate it only with gray hair and old age. Or if we call searing vision naivete. Or if we believe cunning is insight. Or if we settle for finessing cures tailored for each ravaged tree in the forest while ignoring the poisonous landscape that feeds and surrounds it.

"Wisdom is a gift; you can't train for it, inherit it, learn it in a class, or earn it in the workplace -- that access can foster the acquisition of knowledge, but not wisdom," Morrison wrote.

In 1998, Morrison wrote a column for the New Yorker magazine in which she wrote of Bill Clinton: "White skin notwithstanding, this is our first black president. Blacker than any actual black person who could ever be elected in our children's lifetime. After all, Clinton displays almost every trope of blackness: single-parent household, born poor, working-class, saxophone-playing, McDonald's-and-junk-food-loving boy from Arkansas."

Obama responded to Morrison's endorsement with a written statement: "Toni Morrison has touched a nation with the grace and beauty of her words, and I was deeply moved and honored by the letter she wrote and the support she is giving our campaign."
Posted by Monica Roberts at 6:20 AM