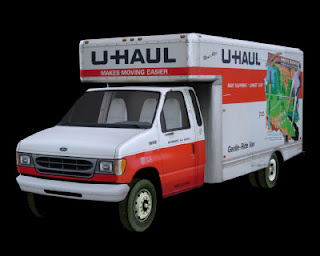 TransGriot Note: photos of I-10 at Texas-New Mexico border and I-5 sign from AARoads.com

I spent most of this cold, clear and sunny day helping a transgender girlfriend move.

On the drive up and back to Louisville on I-64 I reflected on the fact that this has been a recurring thing for me with people, be they transgender or non-transgender. While my T-girlfriend was happy to be getting out of Frankfort and moving to Da Ville, my own move in 2001 was a reluctant one. I started crying when the U-Haul I was riding in that was barreling eastbound on I-10 crossed the Sabine River into Louisiana.

Both our moves, despite being separated by several years, resulted from similar circumstances. Inability to find life sustaining gainful employment that we're qualified (or overqualified for) due to the prejudices and hatred of others. Toss in sustained unemployment, blacklisting, collusion by fundamentalist haters and transphobes to keep it that way and dwindling funds to that mix and it eventually forces relocation to areas that have transgender protective laws on the books.

So now you know another reason why transpeople went nuclear when we were cut out of ENDA last September.

While it didn't involve gender issues, the moving thang happened to me on the other side of the gender fence as well. I still talk about one that happened in the mid 80's that involves my cousin Karen and her hubby. They moved into a west Houston house that has an UPSTAIRS utility room. It was Hades shoving a washer and dryer up that stairwell. After that was done hours later I wanted to find the architect who designed that house, beat them down, and ask what were they smoking when they drew up those plans for it? 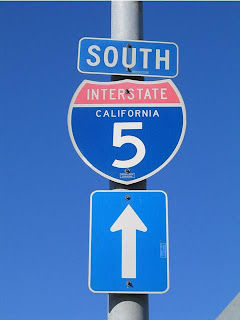 I thought about the times back in my Air Marshal days (the nickname Dawn and AC gave me when I worked for CAL) I non-revved to help my transgender girlfriends and other peeps pack their stuff and move to another location.

There was a time when I helped AC move out of the home he'd grown up in that had to be sold off to help pay his mother's mounting medical bills.

There were some moves I was part of that involved helping people come back to or leave Houston.

In 1988 my mom's friend Helene had been living in Vallejo for three years. She liked it, but was weary of the California cost of living issues and ready to move back home. She secured a teaching job back here for the approaching 1988-89 school year, but I was the only person she knew that had a flexible enough work schedule, (I had three consecutive days off at the time) and the ability to get to the West Coast and help her drive the 1920 miles back home. Mom knows I like road trips, so she enlisted me to get her best friend back to the Lone Star State.

I hopped a flight to San Francisco, helped Ms. Helene pack the rest of her condo in the backseat and trunk of a Taurus, and at 6 PM PDT Monday off we rolled to Houston via I-5 south to hook up with I-10 in Los Angeles. I enjoyed the conversation and the entertaining nighttime run through The Grapevine we had on that cross country trip. But the worst part for me was that I had to be at IAH at 7 AM CDT Thursday and I didn't get back home until 8 PM CDT Wednesday night. 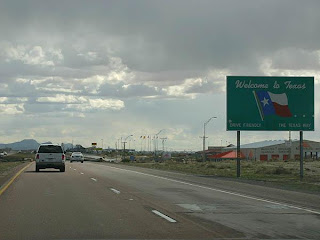 The delayed reaction from the compressed drive schedule (Vallejo to Banning, 5 hours of sleep, a Banning, CA to El Paso, TX leg arriving in El Paso at midnight MDT, another 5 hours of sleep, then the 700 mile run to Houston) kicked my butt. Fortunately it was only a part time shift, I got off at noon and crashed when I got home. I also swore to myself when I got home from that waltz across Texas (and California, Arizona and New Mexico) that I never wanted to see I-10 WEST of San Antonio again.

Four years later in October 1992 I was burning vacation days heading westbound on I-10 to help my cousin Karen (on my dad's side of the family) move to Los Angeles to pursue her dream of a music career. Karen's more like my sister than my cousin and I didn't want her driving 1500 miles by herself.

I enjoyed the trip, (except for the monotonously boring drive through West Texas) the conversation and the two hour pit stop at a Casa Grande, AZ outlet mall. I flew back to Houston after hanging out for a day of R&R with my friend Seni. In 1998 I was back in LA doing what else, helping Seni pack to move to Detroit so that she could help her mother take care of her ailing father.

So it seems like helping someone move is a recurring event in my life. Every time I say this is the last one, I suddenly find myself taking the time out of my day to do precisely that. I do it because I remember what it was like to be in that situation myself.

And in this case, it gave me something to write about. :)
Posted by Monica Roberts at 6:32 PM

Okay I already have a bad case of wonderlust and this post is only making it worse! Lol

I'm aching to get on the road.

I feel you on that, Ms Deux.

I'm working on one called 'Road Warriors' now based on a conversation that Dawn AC and I had where we'd talked about how much of the interstate highway system we'd all driven.

The AA roads website has been a Godsend. I love looking at the pictures taken by the AA team of interstates in various states, reminiscing about various family raodtrips or the occasions that put me on that stretch of interstate.