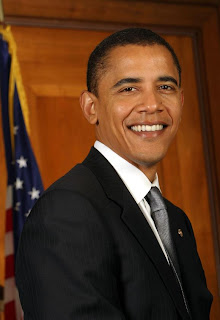 One thing I promised y'all I'd do a few months ago was let you know on New Year's Day which candidate I planned on supporting in the primaries and hopefully through the upcoming presidential election this November.

It was a tight decision that I went back and forth on a number of times, but I'm supporting Sen. Barack Obama.

While some of you may have thought because of my heritage that I automatically would have been supporting him when he first announced, you would be making an incorrect assumption. I put a lot of thought into this decision and I've been wavering between him, Sen. Hillary Clinton, former Sen. John Edwards and Gov. Bill Richardson.

Every one of my semifinalists had something on one level or another that bothered me. I've always liked Sen. Clinton, but the early HRC endorsement of her raises questions in my mind. In Gov. Richardson's case I like his broad based experience, but he botched that HRC softball debate question.

I like John Edwards, but I question whether he has the desire to be president. He and Sen. John Kerry in 2004 didn't fight hard enough to keep Bushie boy and friends from stealing Ohio (and the election) despite massive evidence of fraud, GOP African-American vote suppresion tactics employed there, mysterious voting machine malfunctions that came from a company whose CEO promised to do whatever it took to deliver Ohio for Bush, and the sellout secretary of state being the chair of the Bush campaign in Ohio. 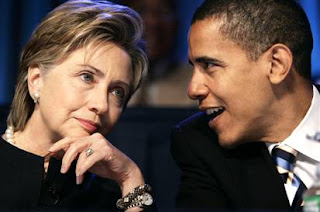 In Sen. Obama's case, it was not confronting Donnie McClurkin's homophobia more forcefully at the South Carolina campaign event. He compounded the mistake by sending an HRC-recommended white gay minister, Rev. Andy Siddon to speak to a predominately African-American crowd that required not only an African-American minister to refute the idiocy, but one with stature like a Michael Eric Dyson, or a GLBT one such as Bishop Yvette Flunder.

I'd already heard him call out the misguided ministers of the Hi Impact Leadership Coalition on more than a few occasions, so I narrowed it down to Sen. Clinton and Sen. Obama. 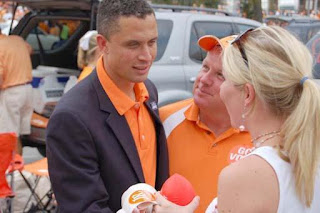 An example of this was the 2006 Tennessee US Senate campaign of Rep. Harold Ford, Jr.

Republicans will quickly dip into the race baiting bag of dirty tricks when they are losing as well. They know as well as I and other African Americans do that there are some people in this country who will not vote for ANY African-American candidate, irregardless of how qualified they are.

All it took was the GOP running the race baiting 'Call Me' commercial to sink Harold Ford's chances of becoming the first African-American elected to the Senate from a southern state since Reconstruction.

While I'm impressed with the fact that he's garnered a lot of white support in his bid, I'm still skeptical as an African-American that this support, what people say in polls and on-camera interviews will turn in the privacy of the election booth into enough votes in the primary season and the general election on November 4 to see him at noon on January 20, 2009 take the oath of office as president of the United States. 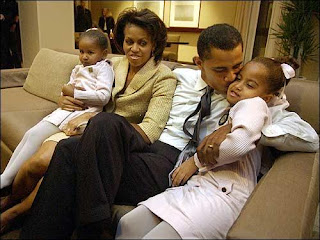 Yeah, he got elected to the senate in Illinois, which has elected an African-American to represent it in the Senate before in Carol Moseley Braun. Obama won in a landslide, but let's get real for a minute, he was running against Alan Keyes. I could have beaten Alan Keyes in a statewide election.

But despite my fears that this race baiting will happen again if he gets the nomination, I'm supporting him. I'll get an idea on January 3 just how serious peeps are about their support for him when the Iowa caucuses happen and the New Hampshire primary later this month.

If he can take these two events heading into the South Carolina primary, then I can begin to have the audacity of hope that America truly is seriously considering putting a African-American in the Oval Office. 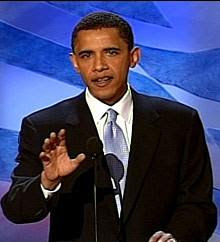 I've liked him ever since I saw his speech at the 2004 Democratic National Convention in Boston. He had a hard act to follow oratorically in terms of Rev. Al Sharpton and I was impressed by his oratorical skills. I also chatted with my family members in and from Chicago who had positive things to say about him as well. 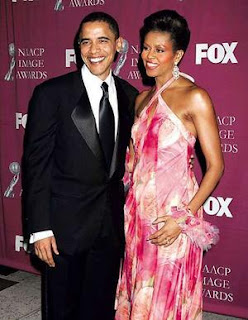 I've read his books and I'm in the process of doing more research on his policy stances and his record. I think he has some wonderful ideas along with the entire Democratic field to clean up George Bush's mess and get this country moving in the right direction again.

And Michelle Obama would make an excellent First Lady. ;)

As to people who would point to his being only a first term US senator, Abraham Lincoln only served one term in the US House and lost a US Senate race in 1858 before he was elected president. Those of us who study history know how his presidency turned out. This current misadministration was the most experienced in history, and look how they jacked stuff up.

But it's all up to the voters in Iowa and New Hampshire to get this party started.

Whether they follow up their words with positive action or not, I'm supporting Barack Obama during this primary season.
Posted by Monica Roberts at 11:11 AM


About Harold Ford; considering the racist campaign that was run against him, how do you feel about his marriage plans?

It just seems like he has commited career suicide.

I am for Barack too. He is a good guy, although I have my problems with him as well as Clinton, Richardson and Edwards. Where is our perfect candidate? I know they walk lines and bend positions on issues to get votes, that's politics. But, I am for Barack.

Ms. Deux,
Happy New Year to you as well!

He probably has. There were rumors that he's cooling his heels in the DLC in preparation to make another US senate run when Lamar Alexander retires.

Harold is definitely a polarizing figure in tennessee. You either love him or hate him. I'm not a big fan of his because he's part of the Democratic Leadership Caucus, the accomdationist wing who have been the enablers of the GOP agenda.

He did get 70% of the Black Tennessee vote in 2006 because the Black community perceived his opponent John Corker as worse.

But marrying a white woman will turn off a substantial amount of Black votes and some white ones as well.

Jackie,
One thing I remind people is that Jesus was the only perfect human being who ever walked this planet and look what happened to Him.

Politicians are fallible humans. You basically look at the total sum experiences of what makes up this persons and make your choice to vote (or not vote) for them based on that.

But I envy you peeps in Illinois. You've had the pleasure of having in your lifetimes TWO Black people to represent you and your state in the US Senate.