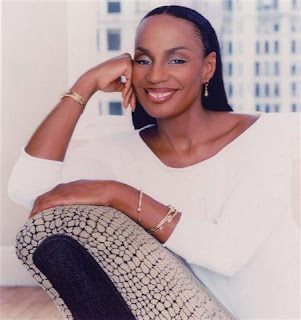 One of the first things I did after starting my transition was subscribe to Essence magazine. It was not only cool seeing my name appear on the mailing label for that iconic magazine every month when it hit my mailbox, I got to read the inspiring words of Susan L. Taylor as well.

This woman I admire is responsible for getting me through many of my early doubt filled days that I could actually become the Phenomenal Transwoman I presently am, thanks to her In The Spirit column. She's written three books— In the Spirit: The Inspirational Writings of Susan L. Taylor, Lessons in Living and Confirmation, and The Spiritual Wisdom that has Shaped Our Lives with a fourth coming out soon. 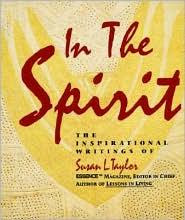 In April 1994 I picked up her In the Spirit book. I not only have it in a prominent position on my bookshelf, I still refer to it from time to time as well. I also had the sincere pleasure of meeting her back in the late 90's on a flight I was working.

So who is Susan L. Taylor? Like the magazine, she's an icon in the African-American community. She has been at Essence magazine for 37 years. She rose from a freelance fashion and beauty writer in 1971 to serve as editor-in-chief of the magazine from 1981-2000, is the author of three books, in 1999 became the first African-American woman to win the magazine industry's highest honor, the Henry Johnson Fisher Award from the Magazine Publishers of America and was in 2002 inducted into the American Society of Magazine Editors' Hall of Fame. In 2006 she became the first recepient of the NAACP President's Award as well.

Taylor has been married for 15 years to writer Khephra Burns. Shana-Nequai, the daughter she raised is now married and runs her own beauty products company in Atlanta. But if you listen to Ms. Taylor, she'll tell you that she's struggled and worked tirelessly for everything she's accomplished, including being comfortable in that flawless skin of hers.

She started her award winning Essence tenure after previously owning and founding her own company, Nequai Cosmetics. She was without a college degree, newly divorced and a mother of a toddler at the time. But she persevered, rose through the ranks, earned a degree from Fordham University, and stepped into magazine giant Marcia Ann Gillespie's pumps when she took over as Essence's editor-in chief. 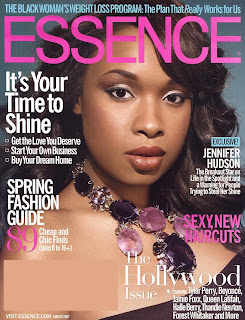 Under Taylor's guiding hand, Essence blossomed into a market-leading publication and franchise that includes an awards program, a New Orleans-based music festival, a seminar series, book publishing division and an initiative called Essence Cares, which has a goal of trying to get African American adults to mentor black youth.

Cynthia Griffin wrote in her Our Weekly.com article on Ms. Taylor that she's not only a nurturer, just like her In The Spirit column, she noted the long list of Essence editor's who have published their own books.

In a 2004 Black Issues Book Review article she explained why.

". . . and over the years, I’ve worked with brilliant women who also care deeply about black people and have more to say than they can communicate in Essence. My commitment is to try as best I can to support anyone trying to advance our people.

I also believe in wealth building for black folks, and no Essence editor’s salary is enough for her to live comfortably ever after, so I feel it’s important for editors to take the advice we give to our readers—have a gig on the side and invest. I may have occasionally gotten flak for giving editors the time and space needed to write books, but in the end, everybody’s happy because Essence editors’ books also promote the magazine.”

She's retiring this month from the magazine she helmed to work on other projects that include the post-Katrina recovery of New Orleans. But thanks to hers and other's efforts, the next generation of African-American girls and women will still have the opportunity of looking at a rack filled with a plethora of women's magzines and seeing one that intelligently reflects their beauty, their heritage, their issues and their culture.
Posted by Monica Roberts at 3:58 PM