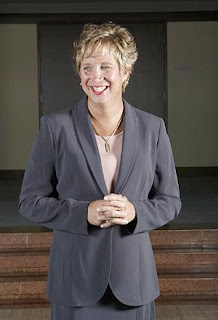 Like many peeps in the transgender community I was incensed, but not surprised by Susan Stanton's unfortunate and ignorantly naive comments. She echoed crap that I've heard for over a decade from Barney Frank and HRC when she stated that America isn't ready for transgender civil rights.

It was ironic because her St. Pete Times interview came out literally 24 hours after I posted a commentary warning that she was being groomed by HRC to become the next spokessellout.

"I think we need to do a whole lot more educating before we’re going to be able to realistically have the support on the national level to get this passed. I personally don’t feel denying the rights of one group should be perpetuated unless everybody has those rights."

But in the spirit of Dr. King's birthday, instead of excoriating Susan for her less than enlightened comments, I'd rather 'ejumacate' Ms. Stanton. 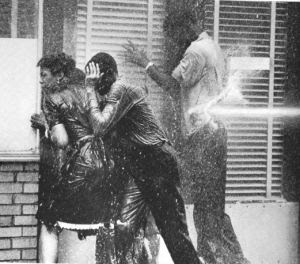 Susan, since you're a newbie to living as a minority, let me hip you to something since you spent the past forty plus years basking in white male privilege.

America is NEVER ready to grant rights to people it despises.

The despised folks have to fight tooth and nail, claw, scratch, cajole, protest, write, march, shame, embarrass, vote, call out and educate until America does the right thing and finally has the moment of clarity that says, 'hey, they're right, it is wrong to discriminate against these people and we need to do the morally right thing and correct it."

And contrary to the 'incremental rights' fiction about the African-American civil rights journey being bandied about by people with a vested interest in ignoring transgender people and trying to placate those in their own ranks uncomfortable with that stance, let me school you (and others) about the Civil Rights Act of 1875. 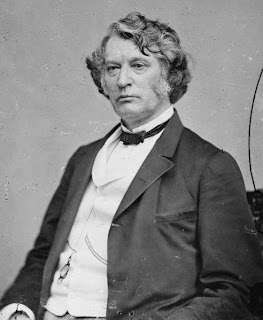 Only five years after emancipation, in 1870 this COMPREHENSIVE civil rights bill was introduced by Senator Charles Sumner (R-MA) and Representative Benjamin Butler (R-MA) with major input from African-Americans who had been elected to Congress at that time.

It stated that all persons, regardless of race, color, or previous condition of servitude were entitled to full and equal employment, of accommodation in "inns, public conveyances on land or water, theaters, and other places of public amusement." Violators of this law faced fines from $500-$1000 and jail time that ranged from 30 days to 1 year.

Imagine that incrementalists, a broadly inclusive civil rights bill with teeth. Who would've thunk it?

The Civil Rights Act of 1871 was known at the time as the 'Ku Klux Klan Act' because one of the main reasons for its passage was to protect African-Americans in the South from the KKK by providing a civil remedy for the egregious abuses of their civil rights then being committed.

Note that all this legislative activity is all happening in the first DECADE after my people were emancipated from slavery.

Unfortunately, this comprehensive civil rights law was not vigorously enforced and was rendered ineffective, especially after federal troops were withdrawn from the South in the wake of the end of Reconstruction.

In 1883 the conservative-dominated Supreme Court declared the act unconstitutional by asserting that Congress did not have the power to regulate the conduct and transactions of individuals. 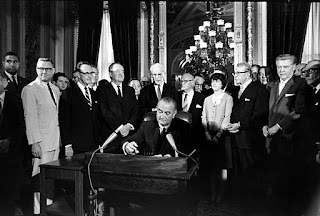 But major chunks of this comprehensive 1875 bill were used eighty plus years later by President John F. Kennedy to craft the Civil Rights Act of 1964 and by President Lyndon Johnson to craft the Fair Housing Act by using the federal power to regulate interstate commerce.

But to get to that point, over the next 80 years we African-Americans had to battle Klansman, lynching, Jim Crow segregation and discrimination, massive ignorance and hatred, myths about us being purported as scientific facts, bloody riots, conservative politicians, a conservative Supreme Court and our own sellouts.

So Susan, your attitude, Barney's, HRC's and the misguided gay peeps that agree with you is one that I as an African-American have seen before. My history also tells me that the incrementalist argument you parroted is not only a false one, but flies in the face of reality. Explain to me how my people managed to get a comprehensive bill passed in an environment far more hostile to our rights than transgender people face in the early 21st century?

The point is that America is NEVER ready to expand civil rights to the people that desperately need them. Sometimes we have to drag our legislators kicking and screaming into doing the right thing and making it happen. 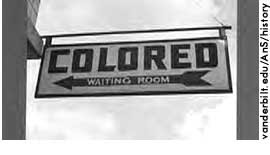 Hell, if the segregationists had gotten their way African-Americans would still be experiencing the oppressive heel of Jim Crow segregation. The folks that have civil rights coverage are always quick to tell someone else to 'wait their turn' or accept 'incremental progress'.

The people that need the civil rights coverage need to as Nelson Mandela so eloquently stated 'become our own liberators'.

We don't need to partake of the tranquilizing drug of incrementalism, but focus on standing up and loudly proclaiming that it's time to make real the promises of democracy for transgender Americans not in 2013, not in 2009, but NOW.

And that's something I believe all of us can agree on.
Posted by Monica Roberts at 1:28 PM

Monica I found your article to be well written and your information to be very articulate. You make a great argument. My closest friend was a victim of a hate crime one you are very familiar with. I hope we live in a day in America where our legislators are leading the way up capital hill with truth liberty and the pursuit of happiness is all inclusive for all people. I thank you for your insights. May you continue to be a blessing to others.

I agree that there will always be opposition to expand civil rights.
However, these acts were only comprehensive if you didnt happen to have a vagina.
What was the rationale for not extending these benefits to women?

Wow. This why i love to read your blog. Informative, well written, juts beautiful all told. I have learned so much from it.

Thanks. In the words of the late legendary DJ Jack 'The Rapper' Gibson, "I'm gonna tell it like it 'T-I-S" is."

It's time we use our history to exposed the spin, half truths and outright lies being perpetrated out there.

Josh,
If you'll reread the wording of the 1875 Civil Rights act that's in the post, it DOES cover women.

And thank all of you for continuing to read TransGriot.

This is easily some of the best writing I've ever had the pleasure of reading! You Rock!!! This article should be required reading in high school! You aproach it with strength, beauty and fact, all things that no one, not even the rabid neo-cons can take from you. More people need to read this, to learn, to grow up and move on getting over their fool selves.

I only just found your blog because Donna Rose has a link to your article about Regina. I'm glad I did, I look forward to reading more.

Samantha,
Thanks for the compliment.

Glad you enjoyed it.

Thanks for your blog.

I appreciate the things you said about history. I tend to view things a little bit differently? but I think that we are on the same page a lot more than we are a lot less. :) Like you I support all people who are on the side of good and us doing this all together.

"I would unite with anybody to do right and with nobody to do wrong." - Frederick Douglass

Thanks for the great blog and for having a growing popular voice for black women (including T*women). :)

May God Bless all that you do.