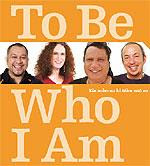 The Human Rights Commission is calling for a simple amendment to the Births, Deaths and Marriages Act that would allow trans people to obtain birth certificates and passports that reflect their gender identity and sex.

The Commission's Transgender Inquiry report entitled To Be Who I Am - released this week - recommends that an amendment to the Births, Deaths and Marriages Act 1995 would make it clear that a person who had taken "decisive steps to live fully and permanently in the gender identity of the nominated sex" could be issued a document that accurately recorded their sex.

The extensive and thought to be world-first inquiry into the lives of transgender New Zealanders found that the majority of trans people are unable to assert their citizenship by changing the sex on their birth certificate and passport so it reflects their gender identity. This added to the burden of discrimination many transgender people faced.

Joy Liddicoat, the lead commissioner on the Transgender Inquiry said, "We consider it quite possible to change the criteria for changing sex details without creating concerns about the continued integrity of state-issued documents like birth certificates and passports."

Four out of five submissions to the Inquiry described examples of serious discrimination from harassment at work to assault and sexual abuse.

"Transgender people face enormous barriers to safely doing things that many other New Zealanders take for granted," she said.

The Transgender Report highlights four areas for immediate attention:
increasing participation of trans people in decisions that affect them, strengthening the legal protections making discrimination against trans people unlawful, improving access to health services, including gender reassignment services, and simplifying requirements for change of sex on a birth certificate, passport and other documents.

The safety and rights of young transgender New Zealanders at school was another concern brought up by the inquiry. Many schools refuse to acknowledge a change of name, ignored bullying and got into conflicts with youths about what they wore to school.

And because the Inquiry heard from many intersex New Zealanders, the Inquiry further recommends that the human rights issues experienced by intersex people merit urgent attention.

The Transgender Inquiry has looked at three key areas: personal experiences of discrimination; difficulties accessing health services; and the barriers transgender people face when trying to have their gender status legally recognised on documents like birth certificates and passports.

Chief Human Rights Commissioner Rosslyn Noonan said, "We have come to respect the courage of transgender people who despite significant hurdles have been successful in leading lives of dignity throughout the country."

The HRC's full report can be downloaded as a PDF from their official website - link below.