In Praise of Black Voices 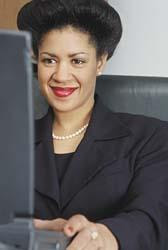 When I bought my first computer and called up PDQ.net to hook me up with my first Internet dial-up service back in 1997, all I thought I was doing at the time was simply getting Internet access. What I didn't realize was how that simple act would not only irreversibly change my life and expand my horizons exponentially, but in the process garner me new friends as well.

One of the places I found myself increasingly drawn to was a then Black-owned discussion site called Black Voices. It had various discussion groups that people could post to on politics, sports, music, books, current events and the ever popular Rant area. There was even one for gay and lesbian Afronetizens.

And it was a wild, fun, serious and raucous place depending on the day of the week. We had some serious, thoughtful and sometimes contentious discussions on the politics of the late 90's, social justice issues, the gap developing between poor and middle/upper middle class African-Americans and other subjects du jour.

We also went through a week long exercise in which we set up and brainstormed this scenario. After a second US civil war, the states of Mississippi, Alabama and Georgia were ceded to African-Americans to set up a new country called New Kemet. We actually spent a week discussing what kind of government New Kemet should have, economic development, social justice, military/defense issues, et cetera.

We even came up with Afrocentric emoticons and shorthand to punctuate our posts with and give the Net some flava. 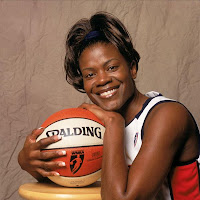 I liked hitting the sports area which was just as lively. As the resident BV Comets fan who was riding high during the time of the first WNBA championship dynasty, me and the LA Skanks fans (oops, Sparks) would constantly trade barbs about the other's team. One LA Sparks fan made a crack about Sheryl Swoopes constantly evolving and creative hair styles once to which I responded, "I know you ain't talking about weaves when you peeps in Southern California use more horse hair per capita than they have available in the entire state of Kentucky." 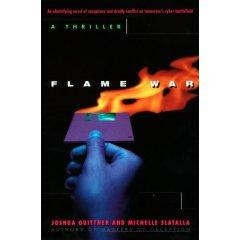 But it was the creative way in which we dealt with flame wars that is still memorable to this day for me. We BVers called it Rant Rappin' and the gist of it was that if you were pissed at a person, you had to rewrite a current (or past) song to insult them.

It made you pause and wonder if you were mad enough at this person to go through the time and effort to diss them that way and paradoxically kept flame wars down. But if you decided you WERE that mad at this person, it was on like Donkey Kong.

It was a lot of fun logging on and reading a brand new lyrical spin on the current hits of the day. Even though I was involved in a few BV Rant Rap battles, at that time I didn't reveal my transwoman status to my BV peeps. I wanted the Original BVers out there in cyberspace to get to know me based on my intellect and personality, not have their perceptions colored by whatever late 90's prejudices they may or may not have had about transgender people.

There was one memorable Christmas holidays Rant Rap battle between me and Dymolishn that went on for three days. We rewrote Christmas songs to insult each other. To this day I crack up every time I hear the Luther song Have Yourself A Merry Little Christmas and Alexander O'Neal's Sleigh Ride and superimpose my remixed lyrics on them. 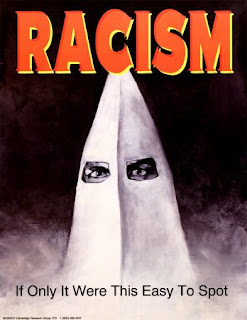 And woe be unto the Internet racists who dared to befoul our Internet cyberhome. 'Don't feed the trolls' was not the operative word at BV back in the day. It was 'Embarrass, belittle and utterly humiliate the trolls' by burying their BS and ignorance in a blizzard of history, facts and knowledge with an insult or two mixed in for good measure. They got to the point they quit trying to mess with us.

So coming up with one liners to deal with right-wingers (and HRC and Barney) for me is a snap thanks to the time I spent at BV honing my rapid response skillz.

It was purchased by AOL around 2000 and it wasn't quite the same to us Original BVers after that, so we ended up drifting away over time. I still pop in from time to time just to see if any of the original gang shows up.

These BVers became my first Internet family. We even got to a point where we planned meetups for BV members clustered in various cities. So to Shareign, Kodzansette, CD, the late Mr. Swing, Chila-o, Jwal, any of the other Original BVers that I love and forgot your user names (and you too, Dymolishn), if you're still surfing the Net, here's a ^5 to all of you, thanks for the memories and drop me a line.
Posted by Monica Roberts at 11:46 AM