Debbi's Back on AMC! 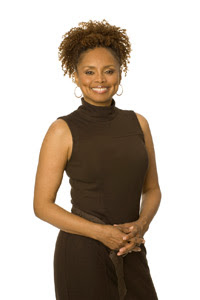 One of my favorite soaps besides the Young and the Restless hands down is All My Children. In Houston the soaps come on at 11 AM CST and noon CST (for AMC) on their respective network stations, so fans of both soaps can easily schedule their lunch hours to watch one or both.

Ironically I used to put Walt Willey (who plays Jackson Montgomery) and Michael Knight (Tad 'The Cad' Martin) on flights out of Houston enroute to New York. There was one night Madame On Time Departure had to put the jetway back up on the last LGA bound airplane she'd pulled five minutes early so Walt could get to New York to tape the show the next morning. 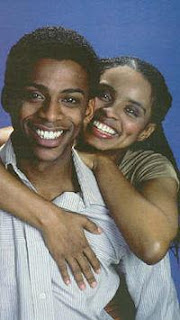 Back in 1982 we AMC fans got intoduced to Emmy Award winning actress Debbi Morgan's character Angela Baxter. During that summer of 1982 and the ensuing fall we watched her fall in love and eventually marry Jesse Hubbard over the objections of her father Les Baxter, who was played by Antonio 'Huggy Bear' Fargas.

She and Darnell Williams, who played Jesse became the first African-American soap supercouple. Combined with the Jenny Gardner and Greg Nelson supercouple as friends and the over the top antics of Erica Kane, it made AMC the number one soap during the 80's. Like most of my college classmates, I built my college schedule around those two shows back in the day.

Since the AMC transgender storyline I haven't been keeping up with the exploits of the denizens of Pine Valley as often as I used to. 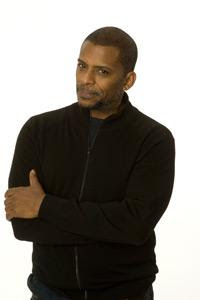 A lot of it was the fact that many of the African-American characters drifted out of Pine Valley, PA while the folks in Genoa City, WI (the fictional home of Y&R) was suddenly getting a whole lot of flava with Victoria Rowell, Tonya Lee Williams, Kristoff St. John and Shemar Moore joining the cast along with Veronica Redd. I don't get to watch Y&R as much here in Louisville because it comes on at 4 PM EST.

But now that Dr. Angela Baxter Hubbard (and Jesse Hubbard as well), are back on AMC and Mario Van Peebles is playing US District Attorney and US Senate candidate Samuel Woods on the show, I'm gonna have to hit the ABC Daytime website and get the scoop on what else is happening on my fave show.

I also need to find out who Erica Kane is married to or dating now.
Posted by Monica Roberts at 1:39 PM

Girlll..I heard it too. Angie and Jesse are back. Wow! Talking about trips down memory lane. Monica and I watched one soap, AMC. Those were exciting times in Pine Valley. Jesse and Angie, Greg and Jenny, Tad the Cad and whoever, Liza Colby etc. I remember Darnell's Jesse was from the "wrong" side of the tracks and his tough street speech complete with bad grammar was natural, different and actually exciting. And he could sing.
Monica and I recently Wikipedia'd AMC and wow what memories. Although we haven't watched in years, we gotta check out this storyline. Great pics. Thanks.

jackie,
The pics are from ABC daytime's AMC website.

And yeah, there were some memories there. I used to call Liza Colby 'Sliza' (slime+Liza) back then for the horrible crap she used to do to Jenny because Greg wanted Jenny and not her.

I forgot who was Erica's man du jour at the time.

Me and a few friends were talking about AMC a while back. I made the comment that the only man Erica hasn't slept with in Pine Valley was a Black one. ;)