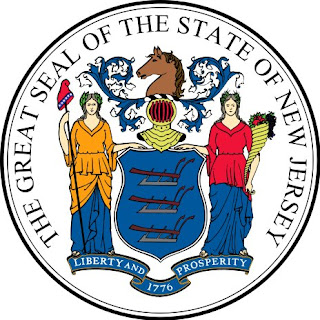 TransGriot Note: Gotta give Babs Casbar and the peeps in New Jersey mad props. They not only got this bill passed, but with the astounding approval of 90% of their legislators. That's historic and unheard of for both houses of a legislature to give that kind of support for passage of a GLBT related bill.

Now that the New Jersey legislature has spoken, maybe my brothers and sisters in Newark will finally stop being terrorized by the local idiots who haven't gotten the message that it isn't okay to jack with GLBT people.

The bill, conceived by Garden State Equality with the New Jersey Anti-Defamation League and the National Gay and Lesbian Task Force, adds "gender identity or expression" to the state's existing hate crimes law and strengthens the hate crimes law in several other ways.

When paired with the expansion last year of the state's Law Against Discrimination to include "gender identity or expression" – a bill also spearheaded by Garden State Equality - today's final legislative vote will give New Jersey America's strongest protections for the transgender community. Governor Corzine is expected the sign the bill; his administration helped to craft it. The bill's prime sponsors were Senators Barbara Buono and Loretta Weinberg, and Assembly member Wilfredo Caraballo, Valerie Vainieri Huttle, Upendra Chivukula and John McKeon.

The bill includes provisions that will benefit all oppressed communities, including children at risk. It requires schools to post their anti-bullying policies on the internet, and to distribute those policies to parents and guardians, within 120 days. The bill also creates a new Commission on Bullying in Schools that has nine months to investigate the problem and make further recommendations on how to strengthen New Jersey's anti-school bullying laws.

"This is a massive, historic win that fuels our momentum to win marriage equality at year's end," said Steven Goldstein, chair of Garden State Equality.

Barbra Casbar Siperstein, president of New Jersey Stonewall Democrats and vice chair of Garden State Equality, said: "New Jersey's LGBT community and our allies again showed the nation what we achieve when we work together and stick together. That's in stark contrast to Washington, where Congress still hasn't passed a hate crimes law
encompassing the transgender community, and disgracefully removed gender identity from an Employment Non-Discrimination Act that President Bush isn't even signing." 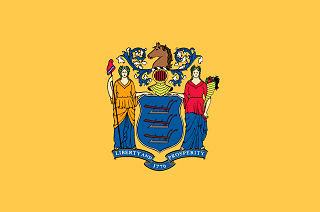 Leslie Farber, Esq., chair of the GLBT Rights Section of the New Jersey State Bar Association and a board member of Garden State Equality, said: "It is a momentous day for all New Jersey when the state takes a big step to protect another group particularly vulnerable to hate crimes, and when it takes meaningful action towards
eradicating bullying in our schools. From an important legal standpoint, the bill brings the scope of the state's hate crimes law in line with that of the state's Law Against Discrimination."

Garden State Equality expressed particular thanks to Lisa Mottet and Kara Suffredini of the National Gay and Lesbian Task Force, which played a key role in drafting the bill, and to Etzion Neuer and Robin Roland of the New Jersey Anti-Defamation League, who testified on the bill's behalf and were invaluable partners in the legislative process.

Specifically, the new law does the following:

1. Adds "gender identity or expression" as a protected class to the state hate crimes law.

2. Updates other parts of the hate crimes law by adding "national origin" as a protected category, which thus far has been included in the law by interpreting "ethnicity" to include such; and substitutes the more sensitive term "disability" for "handicap."

3. Specifies that a "mistake of fact" by a defendant committing a hate crime is not a defense.

5. Specifies suggested sentencing options to which judges can sentence defendants, such as anti-hate sensitivity training.

6. Creates a study Commission on Bullying in Schools, which has nine months to investigate the problem and make recommendations to the Governor and legislature for further legislation.

Today's final passage of the hate crimes/school bullying bill marks the 154th LGBT law enacted in New Jersey at the state, county and municipal levels since Garden State Equality's founding in 2004. That's more LGBT civil rights laws in less time than in any other U.S. state, ever in American history.
Posted by Monica Roberts at 7:13 PM