TransGriot Note: One thing I must stress for those of us who would like to see our rights expanded and codified into law, just getting those laws are the easy part. The hard part is defending them until the Forces of Intolerance surrender.


Time to stand up and fight, defenders of justice in Montgomery County, MD.

An effort is underway in Montgomery County, MD by an organization called the Citizens for a Responsible Government, supported on the down low by our favorite bigots in the Family Research Council and a coalition of local 'religious' groups, to force a referendum to kill the law that was recently passed and signed by Montgomery County Executive Isiah Leggett(D) on November 21. This group has until February 4 to gather 25,000 signatures of Montgomery County residents in order to force the referendum. The coalition of 'religious' opponents are using the Barney Frank created anti-transgender rights 'shower argument' (note the website URL for the group,http://www.notmyshower.net/) and a new twist on it in order to scare up the required signatures by then. 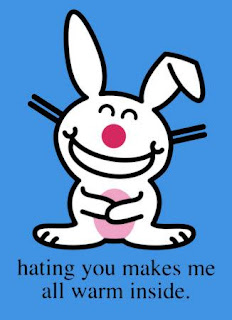 Their stated reason for being against granting civil rights to fellow Montgomery County residents is the monotonous lie that the new law "allows men access to women's bathrooms and locker rooms."

The reality is that Montgomery County is joining 13 states, Washington DC, Baltimore, MD and 90 other local jurisdictions that have banned discrimination against transgender people, and the bigots don't like that.

It's also a reality that in cities with similar anti-transgender discrimination protections, fears of people abusing the law to gain entry into private facilities were unfounded. For example, human rights officials in Washington DC, San Francisco, and Boulder, CO reported only a handful of phone calls from employers seeking guidance for legally segregating restrooms or locker rooms.

Cynthia Goldstein, an attorney with San Francisco's Human Rights Commission, said that city's law has not been used as a cover for criminal activity since it was enacted more than a decade ago.

"There's such a strong stigma associated with transgender people that people don't adopt that type of persona lightly," she said. "If criminal intent is at issue and someone wants to harm women, they will, in my experience, enter the restroom dressed as men."

But in at least two jurisdictions, either the law or regulations passed to administer the new protections specifically dealt with potentially awkward situations in areas such as locker rooms or shower rooms.

Regulations passed along with San Francisco's law make an exception for areas where there is unavoidable nudity. If there is not a private stall available for changing or showering, for instance, the regulations call for the facility owner to make reasonable accommodations, such as a unisex bathroom or a private employee area. But if there are stalls in the locker room, the law requires access to the women's side for a transgender woman who is biologically male.

In the five years since the city of Boulder, CO added "gender variance" to its anti-discrimination law, the Office of Human Rights has not had any complaints from businesses or employers, according to Administrator Carmen Atilano. Boulder's code distinguishes between transgender individuals who have had sex reassignment surgery (they may use the facilities of their anatomical sex) and people who are in transition (they must be granted "reasonable accommodations" to access such facilities).

Along with the protections passed in Washington DC in 2005, regulations require single-stall restrooms in public facilities to be marked in a gender neutral way. Alexis Taylor, general counsel for the Office of Human Rights, said the District's law is meant to "protect those who are legitimately trying to use the facilities."

Here's hoping the good people of Montgomery County, MD see through the BS and hand the Forces of Intolerance another richly deserved defeat, either by the failure to gain the required signatures or a beatdown at the ballot box.
Posted by Monica Roberts at 3:40 PM