Thanks To My Trans Sistas, Too 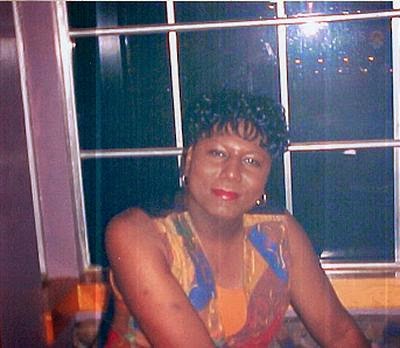 Tomorrow will mark the 20th anniversary of the 1994 day I began the very public coming out phase of my gender transition.   I wrote a post thanking the cis women in my sistahcircle who were there at various points along the way cheering me on and helping me evolve to become the Phenomenal Transwoman you see before you today.

I could have said it in the April 1 post, but as I wrote that post I took it out because I felt the influence of the trans community on my development needed more than just a paragraph or two, but needed to be in a separate post of its own.

It wasn't just my cis sisters that had a hand in pushing me to become the best woman of trans experience I could be, trans women of all ages, ethnic backgrounds and nationalities had a hand in it as well.

Transwomen were also during these last 20 years teaching me the good, bad, and ugly lessons I needed to learn at various point in my transfeminine journey.  From those first TATS meetings I attended in various locales around Houston from 1994 until I moved in 2001 to Da Ville, the first group of trans women who had active influence in shaping the person I am today were the ones who came in and out of TATS during that period.

There are others here and elsewhere who I can't name who have chosen to non-disclose, but who had wisdom to pass on to me as well about life, love and generally dealing with many of the issues that only another transwoman would be able to break down.

There were my activist mentors and possibility models like Phyllis Frye, Dainna Cicotello, Sarah DePalma, Vanessa Edwards Foster, Josephine Tittsworth, Dawn Wilson, A. Dionne Stallworth and Dr. Marisa Richmond who not only reawakened my interest in politics, but reminded me that as someone who has been blessed with great talents, leadership skills and the ability to have been able to transition, we needed to give something back to our community.

There were trans women in the Louisville area I have much love for as well who helped me feel at home during my Texan in exile years and also had more lessons to teach.

There are international trans women who not only helped 'ejumacate' me about how trans issues are evolving in their parts of the planet, they have also become wonderful friends and colleagues in the trans human rights struggle.

The new kids on the trans block, the Generation X, Generation Y and Millennials who even though I'm old enough to be their mom or Big Sis in some cases, have qualities that I admire and inspire me to step up my game.  Some of them at times like my little sisters Jordana LeSesne and Tona Brown have not hesitated to give Big Sis a much needed motivational kick in the butt when necessary.

My trans elders are also part of the equation.   They are kicking that trans herstory to me along with their hard earned and won wisdom.  They are also giving me and everyone else in the transfeminine community examples of how to age regally and gracefully.

I have much love for the transkids like Jazz, Natalie Maines, Tracey Wilson and countless others who are fighting these inspirational battles to be themselves at the elementary, middle and high school levels.   I not only envy and admire them for being able to do so at such young ages with the help of supportive families, they remind me and my generation that the primary goal of the activism we do in our time on the planet is so that when the younglings get to our ages, they'll hopefully have less societal drama.

There are my trans sisters in the pageant and drag worlds who while on their own evolutionary journeys, made time in their busy lives to help straighten a sistah's presentation out and look her gender best..

The transbrothers have had their input from the late Alexander John Goodrum to the men of BTMI.  They have reminded me that I have been just as much an inspiration to them as they have been to me.

Just like the cis sisters who have been or still are a part of my evolving feminine journey,  some have been here with me the entire two decades.

Some were only here for certain parts of it to teach me lessons I needed to know at that time and have moved on to live their own lives, while others came in a bit later but are hanging with me now.

And sadly, there are the people who I met along the way like Lois Bates, Dee McKellar, Christie Lee Littleton Van de Putte, Michelle Myers, Roberta Angela Dee, Sylvia Rivera, Dana Turner,  Jaci Adams, Tracy Bumpus and Nakhia Williams who have passed on.

So to the girls and guys like us out ther who had a hand over the last 20 years in helping me become the best Moni I can be and own my power while doing so, thank you.