I'll be heading up I-45 to it on Thursday, but today was also the first day of the Black Trans Advocacy Conference in Dallas running through May 4.   That means I'll actually get to do something on my birthday weekend besides sitting at the house

And it's still not too late for you peeps in easy driving range of Dallas to come join us at the Doubletree Campbell Center.

Yep, I'll be hangin' with my transpeeps starting late Thursday night.   But while I'm handling some business and tying up loose ends here in Houston so I can take off for the weekend,  the Grand Akanni led by BTAC founding co-chairs chairs Carter and Espy Brown will happen followed by the BTAC Family Social.

Darn, I hate I'm missing that. 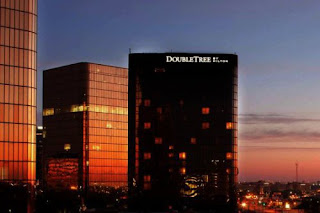 I'm also missing Day 2 and the first day of workshops that commence at 9:15 AM tomorrow.

Day 3 will bring us into May and more thought provoking seminars.  It will also feature the keynote speeches of Dr. Kortney Ryan Ziegler, Arianna Lint, and Ignacio Rivera.   That evening's event will be the Mr. and Miss Black Trans International Pageant.

Day 4 on May 2 is why I'll be there in full effect.   I have a Black Sisterhood panel I'm doing with Espy Brown and the Black Trans Community Summit before we move into the Black Trans Advocacy Awards Gala.

BTAC 2014 closes on my Cuatro de Mayo birthday with an interfaith service and closing ceremony and a luncheon before we all head back to our lives.

I'll just be a year older than when I arrived in Dallas.