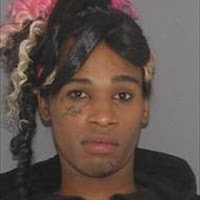 Here's the latest news I've been able to find on Kendall Hampton, the 26 year old transwoman who was shot and killed in the Cincinnati metro area suburb of Walnut Hills, OH in August 2012 who was subsequently misgendered by the local media.

19 year old Eugene Carlos Dukes was arrested in September 2012 and charged with Hampton's murder.   But the wheels of justice have been moving at a glacial pace in this case since Duke's indictment by the Hamilton County grand jury.

The family observed the one year anniversary of Hampton's slaying with a memorial service on August 18 with justice still not being served in this case.

According to a WCPO-TV report Dukes appeared in court September 4, 2013 and I haven't found any additional stories or information indicating a trial date has been set in this case, has happened or there has been a conviction.

So I'll keep monitoring it and ask my sources in the Cincinnati metro area to pass along any information they discover.
Posted by Monica Roberts at 5:00 AM