Thanks To My Cis Sistas

I'm rapidly approaching the April 4 day that I started the public phase of my transition 20 years ago.

It was an exciting but anxiety filled few days as the calendar turned to April and the day I'd been emotionally building up to for years was finally arriving.

While I had feminine role models that I wanted to emulate, it's a big jump from imagining the person you wish to become and doing the hard work to make that person a reality.

Becoming me was a team effort.  In addition to my medical team at the gender clinic ensuring that I stayed healthy as I morphed the body and navigated the dizzying emotional changes,  I also had a support team of my cis sistas.

They helped me understand what I was embarking on by sharing their own stories about their evolving feminine journeys.   Some of the things they told me were fascinating to hear, others were humorous, while others were raw, painful deeply personal stuff they had yet to share with anyone else but did so with me.

Some of them took it to another level and became some of my first sistafriends.

My cis sistas who were in my corner were my swords and shields against the haters.   They gave me the motivational kick when I needed it, challenged me and helped me figure out my evolving fashion style.  They told me to pull up the big girl panties when I would complain about getting whacked by the sexism they've had to navigate their entire lives. 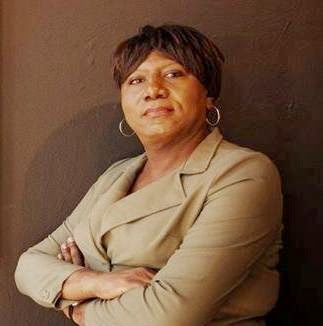 My African-American cis sistas helped me understand the challenges of navigating the world in a Black female body.  They stayed on my butt to ensure that I would become the woman I promised them in our conversations post April 4 I wanted to be and wished to project to the world.

Some have been there by my side since the beginning.  Others moved on or our lives took us in different paths after they taught me the lessons I needed to learn at a particular point in my evolutionary feminine journey.   Some have joined me at a certain points in that journey and been along for the ride dispensing their wisdom along the way.

For those of you in my sistacircle as I approach this anniversary date, thank you.   You not only have qualities that I admire and incorporated into my own life, your unconditional love and support made it a lot easier for me to tackle going from zero to femininity.

You are all loved and deeply appreciated by me for doing so and helping me become the Phenomenal Transwoman you see standing before you today.
Posted by Monica Roberts at 12:00 PM