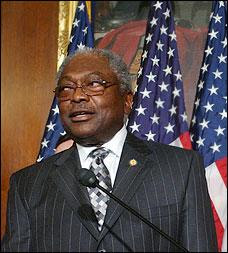 Barney's excuse for this ENDA mess is that a whip count was called that precipitated the removal of the transgender inclusive ENDA (HR 2015) to be replaced with Frank's Folly (HR 3685).

Did anyone in the media, gay or straight or the blogosphere ask the guy who IS the House majority whip whether he actually called that whip count?

The House majority whip is Rep. James Clyburn (D-SC). I'm still trying to confirm it, but I have a strong suspicion that Frank is lying about it. I'm making that assertion because what a lot of people missed is that the Congressional Black Caucus Foundation's Annual Legislative Conference started on September 26 and concluded on the 29th.

All 42 CBC members voted for passage of the Hate Crimes Bill despite intense browbeating from the Lo Impact Misleadership Coalition. I was also told when I visited many CBC offices in May that they were in favor of voting yes on HR 2015 as well.

The ALC is a must-attend event for any African-American that's politically active and is the premier African-American conference for discussing policy issues. This is where in one event you'll have politicians from all over the US at all levels of government, athletes, actors, activists, and academics getting together in one place.

In 2002 I had an invitation extended to attend the ALC in order to teach a Transgender 101 presentation to the CBC. There was a proviso that it stay secret since the 2002 midterm elections were a few months away.

A well-known white activist leaked details of the event to HRC, who sent lobbyists into CBC offices demanding to know what was going on. My invite to the ALC got cancelled as a result. I'm still pissed to this day at that activist.

But back to the regularly scheduled post. I find it very interesting and highly unlikely that this alleged whip count was called, but I'm trying to confirm that as well. The ALC was taking place in DC and as some of you may have seen on C-SPAN over the last few days many of those seminars are hosted and conducted by CBC member reps.

The seminars and brain trusts started on Thursday and Rep. Clyburn was conducting one on Enviromental Justics Friday morning. It's not just a Black thang either. The House recessed early so that members could attend and take part in that event. Sen. Ted Kennedy spoke during the ALC. 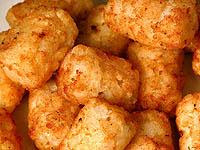 I have my doubts concerning Barney's version of events. I have to consider the timing. This happens during the ALC weekend and a week before a major HRC fundraiser in Washington that Speaker Pelosi is slated to attend. I also know that there are some HRCites in Dem offices that work as aides and staffers who hate transpeople as much as the Purple One. They were definitely feasting on Hater Tots when they pulled this stunt.

Congress adjourned on Wednesday afternoon. The whip count took place at 8 PM later that night. Rep. Clyburn was speaking at the Washington Convention Center during the opening ceremony for the CBC ALC Weekend that kicked off at 6 PM, so unless he has a clone I don't know about, he couldn't be on the Hill and at the convention center at the same time.

Thank you for posting this! I referenced it in my letter to my senators today, although I don't know if it will have any impact.

The whole thing is extremely shady.