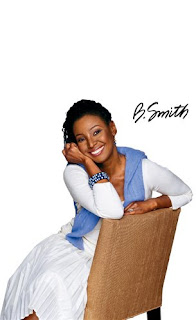 One of the things that bugs me (and my roomie Dawn never fails to needle me about it) is my perceived lack of culinary skills.

In reality, I do know how to cook some of the foods I like, ain't 'scurred' of a stove and some of my skills do go beyond boiling water and sticking things in the microwave for three minutes.

I've peeled and sliced potatoes, prepared fried oysters complete with rolling them in a seasoned corn meal batter, cleaned and cooked my own shrimp, know how to season and fry chicken and I make my burgers complete with cheese, pan toasted buns and draped with bacon.

But I'm nowhere near B. Smith's level. Put an uncut chicken in front of me and I'm lost. Don't even ask me to prepare an elaborate meal from scratch.

The interesting part of this scenario is that I'm surrounded by great cooks in my family. Mom, my grandmother Lou Ella, my late grandmother Tama and my late great grandmother Emma could burn. My late Aunt Jen ran a catering business and cooked the food for my brother's rehearsal dinner in 2005. Mom also makes pancakes from scratch that are so delicious that I avoid them on most restaurant menus when I eat out because I don't like the taste of them.

My dad, being an only child is also an excellent cook as well. He'd kick my mom out of the kitchen on Sundays and cook dinner for us. Ironically his meatloaf is better than my mom's. Don't even get me started on my dad being a grillmaster par excellance. When I asked him one day about how he acquired his culinary skills, he said, "I either had to learn how to cook or starve. I like to eat."

Mom can also bake as well. One of the reasons I get homesick during the holidays is because I have visions of mom's homemade peanut butter cookies and German chocolate pound cake dancing in my head.

I think a few reasons my culinary skills haven't developed to the level I'd like them to be is because I'm a picky eater. I also spent a decade by myself in my own place, worked long hours sometimes at IAH and rarely had someone else besides moi to cook for. 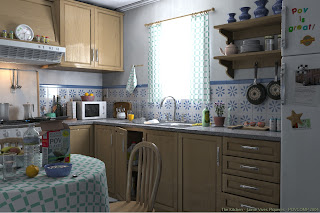 In my childhood I ran from one of the few opportunities that would have allowed me to do something perceived in those days as 'feminine' without getting any flack for it when mom offered to show me some of her culinary secrets. It was gonna be a while before she could do that for my sisters since they were toddlers at the time.

Never mind the fact that during my teen years in the 70's 'the cooking is for girls' stereotype was being shattered. I remember the ribbing my classmate Barry used to get when I was in junior high for being the only male in home economics. That laughter ended when he won a school baking contest and made it to district championship level. For the rest of the time we were at Thomas a class party wasn't complete without my music collection and Barry's cookies or cakes being a part of it.

My tormentor Dawn is fortunate that she grew up working in her home church's kitchen in Lexington that her late great aunt ran with military precision. At her church everyone regardless of gender was expected to know how to prepare the Sunday dinner staples. That training helped her become the excellent cook she is.

I'm already counting down to Thanksgiving Day. I'm looking forward to once again tearing into her perfectly moist turkey and dressing balls. From time to time she gets an assist from AC, the other excellent cook in my life.

I know there's no shame in being kitchen challenged. There are plenty of biowomen out there who couldn't boil water without detailed instructions and my late ex-girlfriend was one of those peeps.

But I've resigned myself to the fact that you can't be proficient at everything. There are things that I excel at that Dawn doesn't and I give her crap about it in retaliation for her picking on my culinary skills. But that's my homegirl and I love her.

I also love her cooking as well.
Posted by Monica Roberts at 2:22 PM

I am such a simple eater that I don't know if I can cook. I usually just steam or boil vegitables.

I suppose my lack of interest in cooking fancier meals has to do with me living alone. Possibly if I were cooking for someone I would try more elaborate meals.

But maybe I'll start cooking a "real" meal once a month and see how that goes.

I think that's the crux of the issue for those of us who wouldn't mind the adventure of trying to cook a big meal.

I once spent three years being the primary cook for a household of three, and my cooking skills are just about at your level - if you were to put an uncut chicken in front of me, I wouldn't know what to do either.

I agree that having someone to cook for helps a lot. I used to live in a fairly large household of 5 people, and we'd alternate cooking. For those occasions, I did make more elaborate meals, but I often appealed to the actual trained chef in the household for assistance.