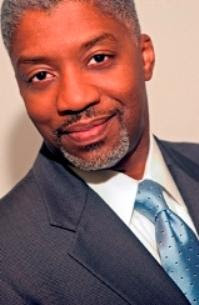 From the desk of H. Alexander Robinson, NBJC CEO
October 5, 2007

As an African American organization we are acutely aware of the compromises and incremental steps that were necessary to realize civil rights for African Americans and that the endeavor to assure racial justice for all Americans continues.

As defenders of the proposed two-bill strategy have noted, advocates for the rights of women, people of color and people with disabilities have had to accept incremental progress towards equality.

At every step in their march toward civil rights African Americans, women and people with disabilities were called upon to examine their goals and decide the risk and benefits of decisions to compromise or take the stand "this far and no further." The LGBT movement is facing that moment today.

As an LGBT organization it is unconscionable to think that we would support cutting transgender protections out of ENDA. Our fate and the fate of transgendered Americans are inextricably entwined. The risk we take if we abandon our friends and families for the illusory promise of incremental progress is too great, the price too high.

Discrimination is wrong and if we hope to garner the respect and support of our allies and our opponents we must act to keep our family whole. United we can see victory—divided we lose our moral authority and take a step back from our principled stand against injustice and discrimination.

Now is not the time to retreat, compromise or capitulate. Now is the time to educate, advocate and make it known justice must be for everyone for without it there can be lasting justice for anyone.

The National Black Justice Coalition is a civil rights organization dedicated to empowering Black same-gender-loving, lesbian, gay, bisexual, and transgendered people. The Coalition works with our communities and our allies for social justice, equality, and an end to racism and homophobia.

The National Black Justice Coalition envisions a world where all people are fully empowered to participate safely, openly, and honestly in family, faith and community, regardless of race, gender-identity or sexual orientation.
Posted by Monica Roberts at 3:07 PM