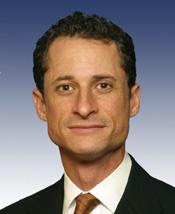 TransGriot Note: A few days ago Rep. Anthony Weiner (D-NY) took to the floor of the House to talk about ENDA. Since we don't have a transgender member of Congress (yet) to speak for us and refute the disinformation spewing out of the mouth of Rep. Barney Frank (D-MA) and others, it was nice to see a congressmember take some time to speak FOR us.

Here's the text of his floor speech.

Rep. Weiner:
"Mr. Speaker and my colleagues, later on this week or perhaps early next week, this House will embark on the latest chapter in our Nation's history of extending the civil rights that all Americans should be entitled to one other group. We will be considering the Employment Nondiscrimination Act. It is an effort to make sure that people are not discriminated against in their workplace because of their sexual orientation, because of their gender identity. It is something that is intuitive to so many Americans, and, frankly, the overwhelming number of Americans. And it is an example of how sometimes we in this House lead on civil rights issues and sometimes we follow.

"In this case, it is a little bit of each. Under ENDA, we will be following to a large degree. Hundreds of companies, including virtually all of the Fortune 50 and Fortune 500 companies, already recognized fundamentally that it is good business to judge people by the quality of their work, their intellect, their drive, by what they bring to the business, not what their sexual orientation or gender identity is.

"Overwhelming numbers of companies, and not just companies that you would describe as being progressive, but companies from all across the political spectrum, financial services groups like American Express and J.P. Morgan and Lehman. You have companies like Clear Channel Communication, Coca-Cola, Nationwide Insurance, Nike, Microsoft. These are all companies that, when they write the contracts for their other workers, it is fundamental to them that there will be no discrimination based on someone's sexual orientation or gender identity.

"For these companies and for the 90 percent or so of American people that responded to a Gallup poll in 2007, employment nondiscrimination based on gender identity and based on sexual orientation is obvious; it is not even an innovation.

"But we are going to be leading in some important ways. There are still about 30 percent of people who respond to polls who are members of the lesbian, bisexual and transgender community who say that they experience discrimination at the workplace regularly. Some of them, 25 percent, say they experience it on a regular basis. Why should that be? Is that an American value? Is it an American value to say we should discriminate on someone based on the sense of who they love or how they express it? Of course not.

"So, for those men and women throughout all 50 States, we will be leading later on this week when we pass the Employment Nondiscrimination Act. But it is very important that we also realize that we are leading on another element to this discussion. There is an active discussion going on in this Chamber and elsewhere whether or not to include gender identity in the same category we include sexual orientation. I say unequivocally the answer is yes. There are people who every day experience discrimination because of their gender identity. 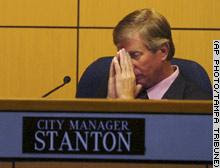 "Susan Stanton spent 14 years as the Largo, Florida city manager; 14 years, obviously doing a good job, rehired, reappointed. Susan was once Steve Stanton. When he started hormone therapy and planned to become a woman, was fired.

"Diane Schroer, 25 years of distinguished service in the Army as David. Recorded 450 parachute jumps, received the Defense Superior Service Medal, hand picked to lead a classified national security operation. Retired and was offered a job with a private homeland security consulting firm. The offer was rescinded when Schroer explained he was transgender and wanted to begin the job as a woman.

"But the question has come up: If we can't include gender identity in this bill, should we do anything at all? Should we take half a loaf.

"My colleagues, I think the answer is no. I think we cannot toss this element of an important civil rights coalition to the side. We have to make sure, particularly in the context of us doing what is largely symbolic, there is no sense that the Senate is going to act on this, and certainly no sense that the President of the United States and this administration is going to. Maybe what we should say is we are in this together.

"If we are going to make a symbolic stand, the symbolic stand should be let's pass a one House bill with only part of the protections. Let's let the symbolic message be that we are sticking together, that when we say `GLBT,' we mean it. And we should do something else. We should also make it very clear to those watching this discussion that we are not going to negotiate against ourselves. We are not going to say if we toss this element or that element off to the side, maybe we will be able to get what we need. There are some things that are immutable, some civil rights that are immutable. This is one of them.

"We are going to stick together and pass an inclusive ENDA, or we are going to come back again and do it right."
Posted by Monica Roberts at 12:20 PM