You'll notice if you peruse my TransGriot blog that I don't post ANYTHING from NCTE. Contrary to what some people might think, it's not because I was a founding member of NTAC.

Let me take you back in time to July 2002. One of the keys in the political strategy I worked out with the rest of the NTACers during my term as Lobbying Chair is about to happen. 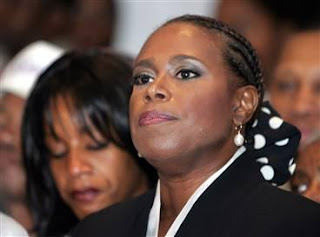 AC gets a call from Monica Helms informing him that she's secured a meeting with then Rep. Cynthia McKinney (D-GA) and wants me and Dawn Wilson to be a part of it. She told us she needs the assist and wanted me and Dawn in that room to ask the questions that needed to be asked on behalf of our community.

Rep. McKinney at the time was fighting a major primary battle with Denise Majette to keep her seat. She'd been targeted by the GOP right wingers after she questioned in a televised committee hearing the faulty intelligence that would later be used as the pretext for jumping off the war in Iraq. Despite being in a tough campaign that she eventually lost due to massive Republican crossover voting in the district for Majette, she took time out of her busy schedule to meet with us.

So on July 13, the three of us, after driving six hours from Louisville, met with Monica Helms and Dana Owings outside of McKinney's office in Decatur, GA on a hot summer Georgia afternoon.

During a meeting that lasted several hours, we presented the transgender community's case. Rep. McKinney was very familiar with our struggles with HRC and the GLB community. As the meeting came to a close Dawn and I ended up with invitations to the approaching Congressional Black Caucus ALC (Annual Legislative Conference) in Washington DC. The major purpose of me and Dawn's trip was going to be teaching Transgender 101 to CBC congressmembers.

Being that we were only a few months from the 2002 midterm elections, and the ALC was happening in late September, one of the provisos for our invite was that we keep it secret until after the event concluded. 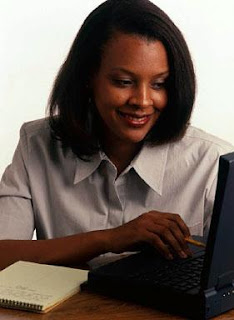 The meeting concludes on a high note, we go back to Marietta to do the post mortem debriefing, cross check our notes, and we go back to Louisville to begin working on the most important Transgender 101 presentation in U.S. history.

But that Power Point presentation Dawn and I created for that Transgender 101 session is still on my computer because a Caucasian transgender leader leaked the details to her paymasters at HRC.

Once those details got leaked, HRC lobbyists barged into CBC offices demanding to know why the trannies got an opportunity to make that type of presentation and the CBC had shied away from allowing them to do the same thing. The CBC offices were pissed at the HRC lobbyist's arrogance, and told them in no uncertain terms that THEY would decide who they talked to as the elected representatives for African-Americans.

Dawn and I got a shocking phone call a few hours later that our CBC presentation had been cancelled. I spent the next hour after hanging up the phone crying about it because I knew what the cancellation meant.

More of my people would die and our push for transgender civil rights would be delayed once again.

Once my tears dried, I began to get angry as I began to piece together the details of what happened and who leaked the info that killed the transgender community's best chance to wean itself from dependence on the gay community and HRC's control.

A few weeks later I got my answer. The Caucasian transleader who leaked the details of that meeting to HRC announces the formation of NCTE.

At that point that's when I decided to concentrate on building up the African-American transgender community and get out of the backstabbing, amoral, double-dealing, selfish infighting that permeates the white-dominated culture of transgender politics.

It's a self-imposed exile that I didn't end until I picked up my Trinity award in April 2006.

And Dawn and I would have been in position to interface with all of these people.

We also had meetings set up to talk to other power brokers within the African-American community during that ALC event that not only would have opened the door to the transgender community having more powerful friends to keep HRC in check, but would have possibly opened the door to funding sources outside the control of the gay community.

This would have made the Hi Impact Leadership Coalition's job driving a wedge in the CBC much harder because we would have already done the educating THREE years before the founding of this organization and possibly had working relationships set up and in place to ward off the strong-arm twisting that Barney's been doing.

But that died because of a certain transperson's racism, jealousy, ambition and greed. She sold out my people to get her organization up and running.

So if you wonder why I can't stand being in the same room with this person, now you know.

And I'm left wondering as I stare from time to time at the Power Point presentation that Dawn and I compiled a few years ago what would have happened if we'd actually had a chance to deliver it.
Posted by Monica Roberts at 10:59 AM

It is so painful to hear this. This person and the HRC are stupid. The strides that would have been made in that meeting, the understanding, the contacts, the chance for members of CONGRESS to meet with your group up close and personal, would have been invaluable. OMG! They don't see that kind of selfish, racist stupidity only hurts us all.

Jackie,
They don't care. Barney Frank is an example of those selfish gay white male who think the GLB movement is all about them. Some of them don't like the fact that lesbians are part of 'their' movement either.

It's all about white males, be they gay straight-acting white males or some transsexual M2F's who desperately hang on to WMP like it was a bottle of MD 20/20.

The silver lining in all of this is that we are learning who our friends and who our enemies are in the community.

Speaking as a caucasian trans woman, your story makes me angry. I mean, seriously, what the hell? I don't have words to properly express my reaction.

I had a sense that from various things I've heard that NCTE wasn't entirely trustworthy, but I had no idea that the founder had done something so horrible.

And yeah, the "selfish gay white male" steretype keeps outing itself as real people - Barney, Chris Crain, John Aravosis, and so on - all making it clear that the GLBT movement is about rights for them first and foremost.

I've also met MTFs like you describe - trying to build hierarchies and maintain privilege over other trans women , defining themselves into womanhood and everyone they hate out, or trying to control who we can say we are in general.

Thank you for posting this. It's good to know the kind of dealing that's happened in the past. And it's good to know that some of the stuff I've seen was real, and not (as I've managed to half convince myself a few times) something I imagined.

This is an old post, and I wasn't reading your blog when this was originally posted, but I followed your link from this post.

That's so incredibly awful, I don't even know what to say. As much as I know, rationally, how awful people can be, it still blows me away to see that kind of racist, egotistical, selfish, vile behavior from "our side." I know it happens all too often, but... really? Ugh.

I also wish Cynthia McKinney were still in Congress.