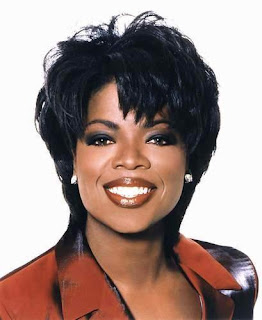 Many African-American transpeople over the years have e-mailed and written letters humbly asking for a chance to tell our stories on your stage. We've been told by your staffers in reply that your show wasn't interested in doing transgender topics.

So now that you are doing these shows, the folks that need the airtime most desperately, your African-American transgender brothers and sisters feel hurt and left out.

White transpeople have had the attention of the United States media ever since Christine Jorgenson stepped off the plane from Denmark in 1953. The media face of transgender people over the last fifty years has overwhelmingly been a white one.

Even African-American publications such as Jet, Ebony, or ESSENCE rarely cover our issues. That has led to a knowledge vacuum that combined with negative preaching from the pulpits has opened many of us up to anti-transgender violence, discrimination and hatred in our own community. About 70 percent of the people on the Remembering our Dead list that memorializes victims of anti-transgender violence are disproportionately African-American and other people of color.

There are too many times that African-American transpeople's images have been tied to the adult entertainment industry, female illusionists and shows like Jerry Springer. There are far more African-American transpeople that like myself have college educations, good jobs, are proud of our heritage, have families who love them, and want to do our part to uplift our society.

But you'd never know that based on the media coverage that African-American transpeople get.

I was approached by Jerry Springer's people back in 1998 to appear on their show and turned them down. As someone who is considered an award winning leader in this community, as you can tell I'm greatly concerned about our image. I personally will not be a party to appearing on a show who's only interest in transgender topics is reinforcing stereotypes and exploiting them for sweeps month ratings points.

Your show is one of the three that should I be blessed to get that call, along with Tyra and Montel that I would drop whatever I'm doing to talk to this nation about transgender issues from an African-American perspective.

I know that your show, along with the other two I mentioned are not only high quality productions, but will take what I have to say seriously, it will be received in the spirit of imparting information to a vast audience and I (or any other transperson who appears on the show) will be treated with the utmost respect and dignity by you and your audience.

While any positive coverage of transgender issues is greatly appreciated, it does make your African-American transgender brothers and sisters wonder when we are finally going to get some face time?

This is an important letter. I hope that show will understand how important it is to include Black Trans people. So many Black folk think Transwomen are gay men who wanna act like women. I cringe and it makes me mad and believe me I never let an opportunity to set them right pass me by. And as you said, even now that Trans info is more understood, some folks still think it's a white thang or a Jerry Springer thang. So I'm going dash off a note to Oprah too.

yep,
It's why I wrote that letter. I watched both Oprah trangender shows and hoped I would see at least one person who shared our heritage on it.

Tyra has actually done a better job of including AA transpeople on her shows, but her show tends to be watched by a younger group of people.

Oprah has entre to the folks we need to get that message to, 40-65 middle class America.

Ohrah did include a Black family on her show about kids though. that little guy was so precious and determined and troubled. it was good to see his dad realize that he can't force his wishes on his child and that he was doing harm.

I think Oprah tends to not want to challege her main demographic (middle aged White women) when it comes to issues of race and sexuality/ gender. The shows that do include African Americans on those issues tend to play into stereotypes.

With that said you being on Oprah would be a wonderful thing for African Americans and Transgender people everywhere.

Like Jackie I too will send a note to Ms Winfrey.