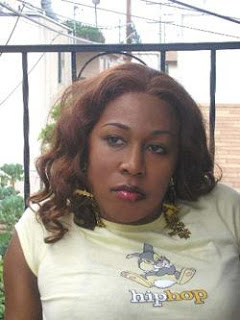 Break down the door; you can't hide no more
If your friends disrespect, you need to reject

C'mon out! C'mon Out!
lyrics by Foxxjazell
courtesy of the book Transparent by Cris Beam

Over the next few years, we are going to need the silent transgender majority to step up to the plate and become more active in this fight to gain our rughts.

I'm talking about the what we call in the community the stealth transpeople. These are the folks who for various reasons transition and never let anyone know that they are transgender.

Well, folks, if you want your rights, you are gonna have to do something you may not want to do but may become necessary in the near future.

How and when you do that is up to you, but the time has come in which we activists who have put our necks and careers on the line and suffered the slings and arrows of the Religious Right, Mattachine gay people, bigoted black preachers and idiot savants who regurgitate their hate speech, have to ask you to make a sacrifice as well for the greater good.

We need you to sacrifice your anonimity in the name of not only showing the world that the transgender community is far larger than people have been told that it is, but forever blow up the fiction that peeps say when they oppose transgeder rights, "I don't know anyone who's transgender."

Sure you do. We're all around you. We may be the accountant who did your taxes. The sales clerk who waited on you at the department store. Your supervisor at your job. The pilot who flew you to your vacation destination or on your recent business trip. The nice lady that lives next door to you in the 'burbs. The model that's featured in your catalog. Your college professor.

The problem is that because many of those people are stealth, it has hampered transpeople who are growing up now from not only knowing their transgender history, but deprived them of role models as well. 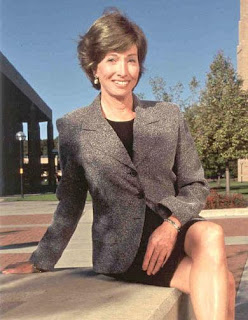 Did you know for example, that the personal computer that you are reading this blog posting on got a major evolutionary design boost in chip design courtesy of a transwoman? Well, until Dr. Lynn Conway came out, I didn't know that either.

Dis you know that the first transwoman to win an Olympic medal won't be at next summer's Olympic Games in Beijing but was Stella Walsh in 1932? After she was tragically killed by a stray bullet in 1980, the autopsy revealed she had male genitalia. So it's probable that she's more intersex than transgender.

It's a win-win situation for both parties. In addition to the out transpeople getting to know, love and embrace another member of the transfamily, the stealth peeps get to interact with people who have been interfacing on a regular basis with other transgender people and the community's history. We can get you up to speed on getting better connected with it and you now have a firend who not only understands your drama, but has walked in your pumps as well.

The point is that this battle to gain our rights isn't about us. It's fighting for inclusion NOW so that transkids that are growing up now don't have to go through this crap 10, 25 or 50 years from now.

As for the Mattachine gay folks who are quick to holler 'wait your turn', when you've waited 246 years for your rights, talk to me then, okay?
Posted by Monica Roberts at 3:30 PM