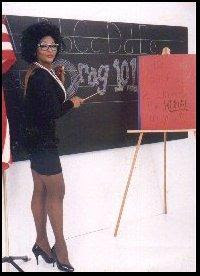 I Ain’t Hatin’, I’m Appreciating This was the column I submitted to THE LETTER for printing in September for the October issue.


I have much love, admiration and respect for the illusionist community.

Yes, there are certain things about it that irritate me and people involved in it that I won’t be breaking bread with anytime soon, but hey, they are my sistahs too.

And for you illusionists, don’t assume that activists don’t know about your issues, don’t care or haven’t walked in your pumps. Some of the best activists I know used to perform (or still do) on various stages or were pageant titleholders. Some are leaders in their local GLBT communities when they’re off stage. 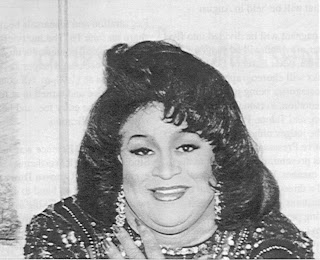 In the early 80’s, I was a scared kid first starting to venture out in Houston’s gayborhood called Montrose. I didn’t know anybody, was still trying to sort out things and nervous about whether my femme presentation was up to snuff. It was Houston’s legendary drag queen and show emcee Cookie LaCook who took a few moments out of her busy evening to speak to me when other peeps wouldn’t. It jump-started a conversation that put me on the road to becoming the Phenomenal Transwoman you see today and earned me ‘cool points’ with the regular patrons of Studio 13.

Over the next two decades Cookie and I would get into some deep conversations over the years. She sometimes incorporated me into her monologues as “Soul Sister Number One.” I was saddened to find out she passed away July 27

I know what illusionists do isn’t easy. It takes a lot of work, time, talent and effort to perfect the onstage persona, much less perform. I found that out firsthand when I went on stage at small club back home as a favor to a Latina illusionist friend of mine named Brittany Paige. She’d been asking me to do a Talent Night for two years before I finally said okay. It’s not my cup of tea and I’m more comfortable on a stage with a podium, a microphone and a speech in front of me and she knew that. The joy that lit up Brittany’s face is one image that brings a smile to my face whenever I think about her. A week after my one time performance she lost her battle with AIDS.

My illusionist friends helped me polish my feminine presentation. They taught me a few tucking techniques and trade secrets that aided my transition. For the ones that only did girl onstage I got the pleasure of sitting backstage, watch them morph into the gorgeous divas that you peeps tip and learn some makeup secrets in the process.

And speaking of tips, if you like the performer, give ‘em a little somethin’ somethin’. Makeup and all the things ‘the gurls’ need to transform themselves into the beautiful peeps you see ain’t cheap.

They were generally cool people to be around and the source of some entertaining moments as well. I’ve watched illusionists read each other, trifling boyfriends, and hecklers. I’ve seen them beat the crap out of suburban bigots who thought they were easy targets outside of clubs and get into wig-pulling fights. But these same people when I was kicked back and chilling at their cribs challenged and expanded my worldview. They inspired me to check out my African-American LGBT history, helped me sort out my gender issues and kicked knowledge to me about a wide range of subjects. I can’t forget the greatest gift the illusionist community gave us in conjunction with transgender peeps. They jump started the GLBT rights movement with the 1967 Compton’s Cafeteria riot in San Francisco and Stonewall two years later because they were mad as hell and tired of being jacked with by the police.

So no, I’m not hatin’. I’m appreciating all the things the illusionist community does in their own way to make this a better world for all of us.


TransGriot Note: I discovered after I sent it off to be printed that the Compton's Riot actually happened in August 1966. I also discovered that my editor refused to print this one as well. More details on what's transpiring in regards to my newspaper column in an upcoming post.
Posted by Monica Roberts at 3:19 AM

I saw a documentary about this on PBS a while back. If you haven't seen it do a Google search and enter "KQED Screaming Queens".

It was really good.

I too have deep respect for illusionist. I mean just doing their thing in those heels. I'm just saying.
Monica and I first started going to The Baton here in Chicago with a mostly gay but often mixed group of friends from work. You know we saw the great Chili Pepper, Leslie Rejanae (sp), Shari Payne and many fabulous others. Chili and Shari are still fabulous. Leslie, unfortunately has passed away. We really miss her. Our friend Alex has told us that she learned so much from the ladies at the Baton as she was transitioning and working there. I definitely consider illusionist a part of our community. So yes, props to them, big time.