I Got My Rights-Forget Y'all 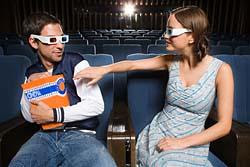 One of the things that will make me go straight the hell off is when people utter the statement "I got my rights. I don't need to lobby nationally". I hear this far too often from many GLBT people who live in areas that have local or state protective laws. When you ask them to help us lobby on a national level, they'll look at you disdainfully and say, "Why?"

Why? Let me break it down to you why you peeps who are fortunate enough to live in areas where your rights are covered need to get off your asses and help the folks that don't. 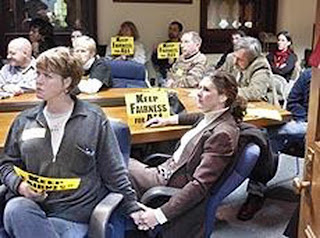 While I reside in Louisville, which has a local GLBT protective law along with Lexington and Covington, other parts of the state don't. Henderson, KY passed one in 1999 but had it rescinded a year later when one of the members of the narrow 3-2 pro-GLBT rights majority on the Henderson city council retired. He was replaced by a member of the Forces of Intolerance which flipped the 3-2 majority to the anti-GLBT crowd.

In 2004 we had to pick ourselves up one month after a devastating defeat in the anti-marriage equality amendment battle and fight tooth and nail in Louisville just to keep our Fairness law on the books.

Every year in Frankfort we have to fight a bill a right-wing Republican state legislator is proposing that would take away a city's ability to enact civil rights law, reserve that power for the state level and ivalidate the inclusive laws we painstakingly passed at the city level. 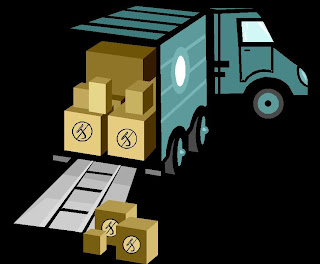 And please don't send me any comments that say,"Why don't you move to (insert your inclusive city/state here), then you'll have rights?" Been there, done that.

As much as I like Louisville, it isn't home. Texas is my birth state, Houston is my hometown and my family's roots on my father's side in the Lone Star State predate the Civil War. But because my hometown only protects transgender employment for city employees, I made the reluctant decision to relocate.

But why should people have to move to get their rights? Transpeople live in other areas besides northern and southern California, the Northeast Corridor, the Pacific Northwest and Chicagoland. We have people that live in the reddest of red states, like it and no offense to you peeps that live there, have a variety of personal reasons why they would rather not live in Massachusetts or California.

So shouldn't they be able to live in the areas that appeal to them and have their constitutional rights protected and respected? 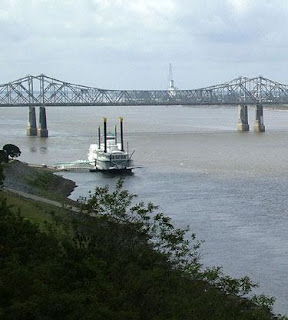 To get those rights, since hell will freeze over before some 'flyover country' state legislatures pass GLBT inclusive laws, the only alternative in the rest of the country is to have those rights codified at the federal level.

We need help. For example, you Californians have the largest Congressional delegation with 52 members, but we rarely see you, much less anyone west of the Mississippi River besides Texans, Arizonans or the occasional person from Colorado at national lobby days on a consistent basis. 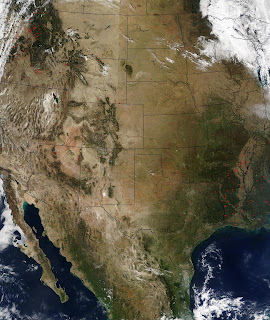 It would be extremely helpful to the transgender rights cause if you Westerners helped your fellow transpeople east of the Mississippi and not only showed up for a Washington lobby day in force, but hit your local offices, meet with your congressmembers at local events, develop a relationship with them and call them up when we need you to. It's one thing for those of us who are participating in these lobby days to show up in these offices, but there's nothing that impresses a congressmember more than a constituent who took the time and made the effort, especially from Western states to come to DC to chat with the member about issues that concern them.

As a minority, you have to think nationally and globally. You have to be vigilant on aything that may remotely affect your civil rights. We African-Americans know all too well how fragile civil rights are in the face of determined opposition to gaining those rights. Everything affects you on one level or another even if it's not happening in your backyard. That's why people from as far away as California were part of the 40,000 people who showed up in Jena, LA for that September 20 protest. 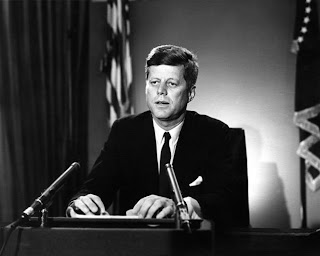 John F. Kennedy once said in a nationally televised speech on civil rights in June 1963, "When we give rights to others, we expand rights for ourselves."

Think of it this way. By getting more involved in helping an inclusive federal ENDA to pass for example, you'll expand rights for yourselves. You'll have an extra layer of protection for the inevitable day that the Forces of Intolerance try to take away your local civil rights laws. You'll also be helping your brothers and sisters in conservative-dominated states enjoy the same rights you have.
Posted by Monica Roberts at 3:04 PM