Open Letter To The CBC 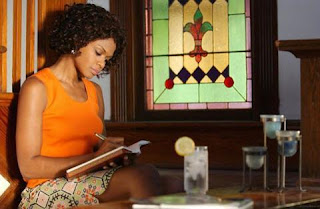 Dear Congressional Black Caucus,
When the 110th Congress was gaveled into session back in January it made history on many fronts. The members of the CBC for the first time would not only chair many subcommittees, but important committees such as Ways and Means and Judiciary.

An African-American would serve as the Majority Whip for the first time in a decade. It would even include not only its first representative from Minnesota, but that representative would be a Muslim as well. And the thing I am most proud of is that a CBC member of the Senate is not only running for president, but has a serious shot to win the Democratic party nomination for the job next year as well.

Yes, the CBC has come a long way since its founding in 1971 and it's not called the 'Conscience of the Congress' for nothing.

I'm not naive to politics. I'm a student of history who is painfully aware of our tortured history in this country and how long it took civil rights for African-Americans to pass.

But I fail to understand why some CBC members are balking at expanding rights to people who desperately need them in the name of 'pragmatic politics'. There are over 300 organizations including the National Black Justice Coalition and the International Federation of Black Prides that support an inclusive ENDA.

I understand that the misguided ministers of the Hi Impact Leadership Coalition and others in Congress are placing tremendous pressure on some of you to vote NO not only on the Baldwin Amendment that would fix the problems in Rep. Barney Frank's HR 3685, but on HR 3685 as well.

But looking at our history, you can well understand why as an African-American transperson I'm imploring you to vote YES on the Baldwin Amendment and include people in this legislation that should have never been cut out of it in the first place.

Over 70% of the people listed on the Remembering our Dead List, which memorializes victims of anti-transgender violence are African-American or other people of color. Many of you were in Washington when Tyra Hunter was denied emergency medical treatment by an African-American EMT and subsequently at DC General that would have saved her life. The hate for transgender people is so palpable that several years ago Willie Houston, an African-American who was helping a man cross a Nashville street was shot and killed because he happened to be holding his wife's purse at the time.

I thank the CBC for standing tall on the hate crimes bill that passed the House May 3 and I and others expressed that sentiment to many of the CBC offices I was able to visit then. But what is more vitally important to transgender people like myself is having job protections.

It does me no good to have hate crimes protection if someone feels that they have a God given 'special right' to mess with my employment, fire me because I transitioned, or deny me or any person gay or straight a job we have the qualifications to do because we don't fit their impressions of how a man or woman is supposed to act, walk, talk or look.

I have already felt the sting of employment discrimination because I'm transgender. I need a roof over my head, food to eat, and clothes on my back. I have to earn money to pay for those necessities of life and that requires a job. Since medical care at the moment is tied up in gainful employment as well, an inclusive ENDA is a life or death issue to us.

The late Barbara Jordan, a fellow Texan, one of my heroes and a distinguished member of the Congressional Black Caucus once stated,

"One thing is clear to me: We, as human beings, must be willing to accept people who are different from ourselves."

As a transgender American of African descent that's all I and any other transperson is asking for. All we want is an expansion of the 'We, the People' in the Constitution to include us. All we are asking for is an opportunity to be able to use our talents to work and live our lives free of harassment. All we want is an equitable opportunity to do our part to help build our country. Because the Forces of Intolerance are arrayed against us now, we can't wait decades for a separate transgender-only ENDA to pass.

In short, we're asking for nothing more than you would want for yourselves or your children: First-class citizenship.

Whether we get that will be determined in large part by the actions of the Democratic Party and the members of 'the Conscience of the Congress.'

Since the CBC's founding you have never failed to lead on civil rights issues before. Please don't let failing to expand civil rights protection for transgender Americans become the first stain on that impressive and morally principled record.

Dear Monica,
I have searched in vain for words like the ones you so elegantly written in your impassioned letter to the CBC.
The ENDA resolution has brought all of us together with new found respect and adimration.
I would be honored if you would allow me to add this letter to my blog. I am at http://planetransgender.blogspot.com/