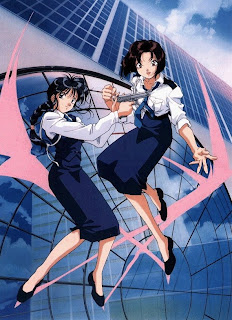 I'm not a big anime fan, but I've gotten hooked on this particular anime series thanks to Dawn.

It's called You're Under Arrest and ran for two seasons on TV in Japan. The show centers on Miyuki Kobayakawa and Natsumi Tsujimoto. They are roommates, friends and partners who are Tokyo Metropolitan Police Department officers. They are stationed at the fictional Bokuto Station in the Sumida Ward of Tokyo.


Miyuki is a computer whiz who is shy, polite, punctual, proficient at her job and not as physically strong as her best friend. They are traits not shared by her partner Natsumi. She's tough, brash, a slacker, loves to excessively eat and drink and is chronically tardy. But despite that she's an excellent officer. She and Miyuki make an unbeatable team that has garnered a reputation around Bokuto Station for solving many cases. 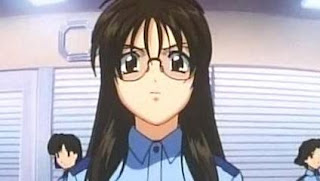 The show focuses on their lives on and off duty and includes some of the other officers at Bokuto Station. There's the whiny Yoriko Nikato, the dispatcher and station gossip. She's a klutzy bumbler who gets her fellow officers in awkward situations, but her lucky streak gets them out of the trouble she inadvertently creates. When she was at the police academy she managed to graduate at the top of her training class and earn the ire of rich witch Chie Sagamiono in the process. 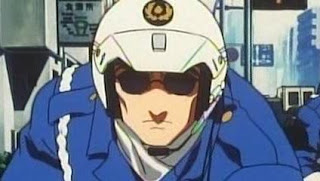 There's the 'White Hawk', handsome motorcycle cop Ken Nakajima. He's an expert rider who is good enough to where he could have had a pro racing career, but loves his job. He also likes Miyuki, but just like her is too shy to express his feelings to her. They actually made progress towards kindling a relationship at the end of Season 1 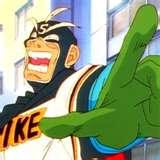 There's Strikeman, the local costumed vigilante that fancies himself as a superhero. He's the bane of drunks, peeping toms, perverts, parking violators and people who are disrespectful to seniors. They usually find themselves at the other end of one of his fastball pitches

He's an annoyance to not only the citizens of the Bokuto precinct, but the officers of Bokuto Station as well. Strikeman refers to Natsumi as 'Home Run Girl' due to her ability to whack Strikeman's pitches into orbit.

The character I really love is Aoi Futaba. Prior to joining the police force he was an accomplished high school basketball player. After becoming a police officer Aoi was assigned to the vice unit. In order to crack a case involving a serial rapist, Aoi crossdressed as part of the investigation and assimilated into womanhood so thoroughly that Yoriko said about her in one episode, "she's more woman than we are". 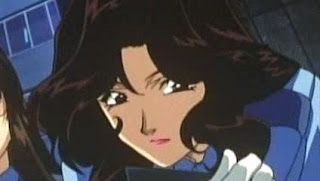 Aoi's arrival at the station was initially met with resistance, with Yoriko being the most vocal about it, but over time the Bokoto officers accepted her as part of the family, began using the correct pronouns to address her and she became one of the girls. Yoriko overcame her initial resistance to her and became Aoi's patrol partner when she transferred to street duty.

She basically says that her spirit is female, and she's more girly-girl than many of the female officers she works with. There are numerous episodes where Aoi ends up in situations in which her gender issues rear their head at inopportune times. A famous actor fell for her in one episode, and despite the fact she was falling for him, had to reluctantly tell him that she's still pre-op.

There was another episode when she was on Christmas vacation with her fellow Bokuto officers and a local mountain kid invaded her room while she was asleep. He tried to force himself on her and ended up with a surprise when he grabbed between her legs.

He also earned a beat down from Natsumi as well.

I found You're Under Arrest fascinating. I love the characters, it's beautifully drawn and illustrated and for the most part does an excellent job in depicting the day to day realities of police work.

Strikeman is a trip as well. ;)
Posted by Monica Roberts at 6:53 AM

That sounds really good. I've never really seen anime but your description piqued my interest. I hope this is available on dvd.

Ms Deux,
It's available on DVD. That's how Dawn first discoverd it. She rents a lot of anime from a local shop.

Somebody told her about the series and she took it home to chheck out.

Thanks for linking to my Y.U.A amv women in uniform.
There is a third season of the show made shortly after the movie, but has yet to be dubbed and subbed into english.
Thanks agian Alucard

Thanks for taking the time to put it up. I love the show.